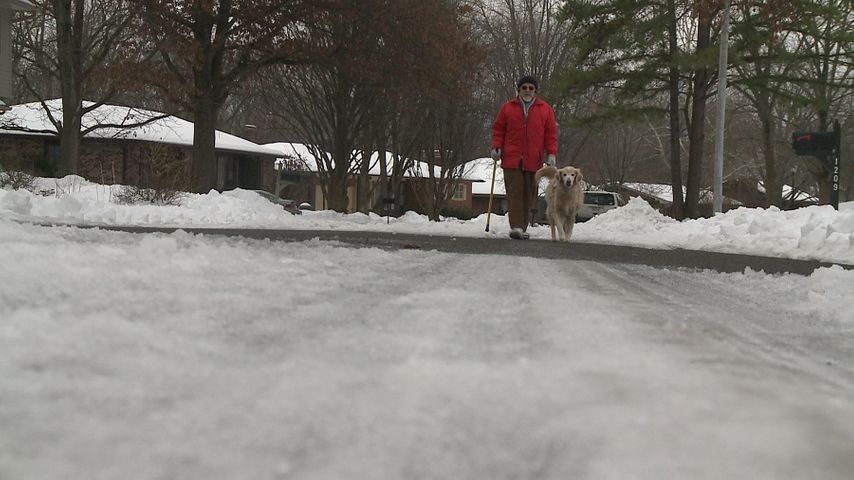 COLUMBIA - While a lot of residents were off from work Tuesday because of the snow, they still had to get busy clearing their driveways.

KOMU 8 News met several of them in a small neighborhood on Audubon Drive.

"Other than having to shovel, I don't have to work and enjoy it," said Eric Kegley, who thought it was sane not to go on the roads yet.

"In Columbia, we forget to drive in the snow. So let the plows clear the roads before we get out there," Kegley said.

On Mallard Court, Alexander Kencior was shoveling his porch when KOMU 8 News got stuck in the snow. While pushing the car out, he said, "The snow is deceiving. It looks like easy to drive through but it's slippery and hard to get out of." A scientist in biochemistry at the University of Missouri,  Kencior was planning to walk for work.

"It will probably take me an hour to get there, but it's a nice weather and I like it," Kencior said.

A third resident said she was stuck for days during the last snowstorm, but was glad to see it isn't as bad this time around. Cathy Richter said she enjoyed working from home, but is hoping this will be the last time.

"Maybe this is enough snow for this winter."