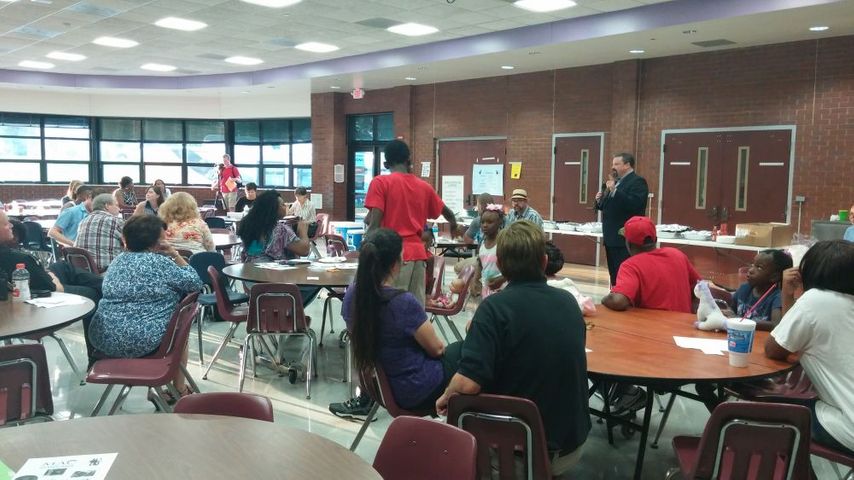 COLUMBIA- The first North Neighborhood meeting to address residents' concerns involved topics from picking up trash to activities for kids.

The City of Columbia hosted the meeting Tuesday at Derby Ridge Elementary to provide a forum for residents to voice their concerns and engage in a conversation with city leaders. The meeting was part of the city's 2016-2019 Strategic Plan.

James Whitt was the neighborhood facilitator for the meeting.

"We're out here tonight to just kinda listen to our community, see what their concerns are, see how we can, you know, develop a better working relationship with them, to answer any needs they may have and also to listen to see what they think is good about our city," Whitt said.

Resident James Gray had concerns about mentoring and activities for youth.

"They got one park out here, but what else could we do to give these kids something to do once they get their homework done?" Gray said.

A parent spoke about the same thing. Sophia Smith mentioned the neighborhood park, but said she doesn't feel comfortable if she can't see her kids playing from her home.

"I think that there should be an activities center," she said.

Two residents spoke about trash being scattered all over their yards from other people not properly putting out their trash.

A city employee responded to their concerns immediately. She said she personally picks up trash on Saturdays, and employees talk to citizens to let them know to bag their trash better.

A woman then spoke about implementing a neighborhood cleanup.

Resident Joshlyn Dennis said a flier on her door prompted her to come to the meeting. She said she just moved to Columbia and wanted to see what these discussions were about.

Police officers at the meeting represented the community policing program. Resident John Becker said some of his concerns with the program have been addressed, but he said, "there's still a lot more work to do."

Other issues addressed included increasing minimum wage, creating a food pantry in the area and investigating a company that a resident said is exploiting low-income people.

Whitt said the strategic plan team already had two meetings with the Central Neighborhood, and it hopes to meet with the East Neighborhood in mid-October.

"I appreciate the city for doing what they're doing, but now it's time to start putting stuff in action," Gray said.