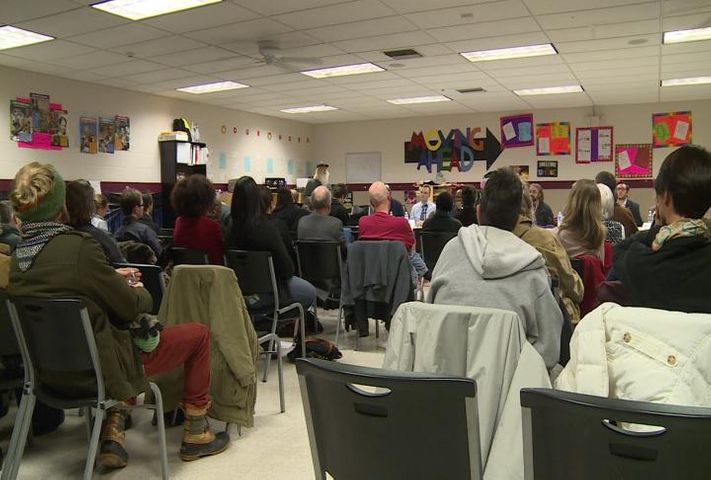 COLUMBIA - It's been little more than a month since First Ward councilwoman Ginny Chadwick resigned from her position amid threats of a recall.

Despite the cold weather, things are heating up in the swift campaign to fill her vacant spot.

First Ward residents attended a forum Friday night for candidates running for the seat. All First Ward candidates were invited to attend, as well as members of the community.

Pam Cooper is the spokesperson for CoMo Council Watch, a citizen-run organization with a mission to not only promote responsible and responsive representation from council members but also to make sure citizens are more involved in their government.

She said she believes residents are looking for a candidate who can communicate better with their constituents, even if they have a different position on issues.

"I think that maybe what First Warders are looking for, if a person does take a position, that they will be open to changing their mind and having a productive conversation with constituents who might not agree with them," she said.

"That was the sense I was getting, there was a communication problem, and she [Chadwick] really wasn't in touch or concerned at addressing issues that were of concern," she said. "The OPUS thing struck a sour note with many First Warders."

Other residents say they hope candidates can focus on certain issues that plague their area, such as aging infrastructure.

"In general, there are issues with our infrastructure, we have a noticeable sewage issue here and a storm sewer issue," said resident Michael McMann. "There's a lot of things."

Several residents told KOMU 8 News that they were there to find out who the candidates were and what they stood for.

"I'm just really looking to hear where everybody's coming from, why they want to represent First Ward," said Scout Merry. "I'm not here for any big 'this is my issue' but just to kind of hear where each candidate is because there's a lot of them!"

"I'm just here to hear what the candidates have to say, see what they do," she said. "I would even like for them to explain to people who are unfamiliar with the duties of a city council member and what they do, how accessible they are for different problems, and what their focus is."

There will be another forum on March 12. Cooper hopes that having multiple forums will encourage maximum interaction between constituents and candidates.