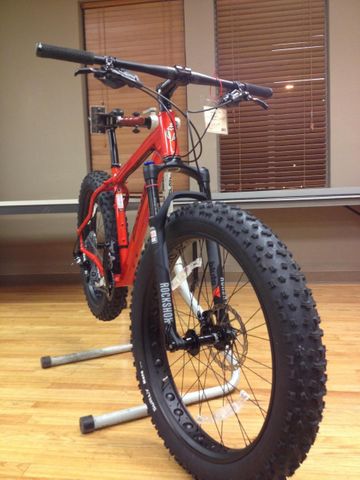 COLUMBIA - A bike safety event in Columbia Tuesday taught people how to be safe while cycling during the winter months.

Event organizers said it is important to make sure bicycles are winterized to avoid accidents.

"You want to make sure you have tires that are going to have good traction in the snow, wet, loose conditions," said Benjamin Nagy of GetAbout Columbia. "Making sure that the chain and the cables are properly lubricated. They do tend to get a bit more of a beating from the salt and all the stuff that you'll see on the winter roads."

They also stressed the importance of wearing warm clothes and dressing in layers. Some of the items they recommend are ski goggles to protect the eyes, gloves and hats. Nagy said another important factor to remember during the winter is that it gets darker earlier.

"Being visible so that traffic can see you and are aware of you and can give you the proper amount of space," he said. "So making sure you have brightly colored clothing, lights, anything to make you more visible."

Many avid cyclists attended the event, but there were also some who are casual cyclists and wanted to learn about safety.

"I think dressing, the way to dress in the colder weather was the most helpful thing, and then just the reminders about how to put lights on your bike and being out after dark and things like that were helpful," said Mary Phitzinger, a Columbia resident who said she was beginning to bike more around town.

She said the event gave her confidence to continue riding through the winter and it opened her eyes to all the help available to cyclists.

"I didn't know that we had the resources that we do so it's nice to know that if I have a question that there's a resource to go to," Phitzinger said.

One of the resources Phitzinger saif she uses is GetAbout Columbia, which offers to map out the best routes for cyclists, among other thing.

She said she rides solely for fun now, but said that she is hoping to start riding her bicycle around Columbia more.

Nagy said it is not a matter of it being too cold to ride a bicycle, it is about being prepared for it.