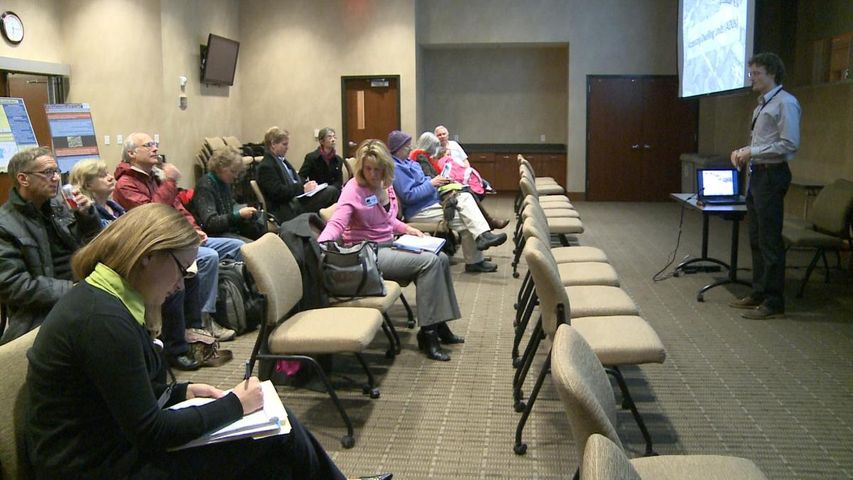 ADUs are secondary dwelling units - or smaller homes -  that could be built in the backyard or in the garage of a main home.

City of Columbia planner, Steve MacIntyre said the Planning and Zoning Commission is preparing an ordinance amendment to the zoning regulation that would include ADUs as an option. Currently there is not a comparable housing option available in the city. The amendment would mainly influence residents living in the central Columbia area, which is the R-2 district that is West from Providence, South from I-70 and North from Broadway.

ADUs aims to provide additional and more affordable housing options, making it more convenient for a small family or a single person to live in one of these structures.

"One of the benefits is to help accommodate single people a place to live, or perhaps if you have a family in larger home in your principle dwelling, and then the kids leave home and move into the accessory dwelling in the rear yard, not have to be completely displaced from your neighborhood and leaving everything behind," MacIntyre said. "It's a valuable option could also open up affordable housing options depending on how they are developed and marketed."

While the the Planning and Zoning Commission says ADUs will help increase the density without changing the neighborhood character, some Columbia residents disagree.

"The thing is that while they say applying this will only result in an increase in density, but adding additional people will cause changes in infrastructure, such as parking and traffic patters," Jeff Akers, Columbia resident said. "We already have such issues in the East Campus neighborhood. And I doubt this strategy won't change the nature of our neighborhood character."

There will be a central city focus group meeting on Jan. 29 to gather public input from the most affected residents. The Planning and Zoning Commission will incorporate public input into draft ordinance and propose the final draft to the City Council.

For more information on Accessory Dwelling Units, go to the City of Columbia's website.