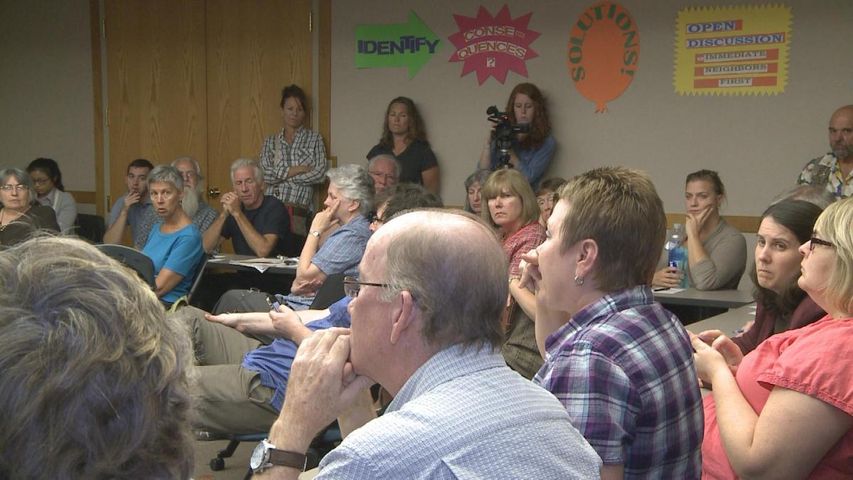 The council proposed the meeting as a way for the community to provide feedback on ways to improve the traffic flow in and out of downtown.

Attendees were not in favor of the suggestion that the streets become two-way, reasoning that the streets are very narrow. Concerns were also raised about the proximity to the Lee Expressive Arts Elementary School.

"The collection of parents attending Lee are pretty concerned about the impact on safety with the number of children that are coming in and out of the school each day," said parent Amy Sarver.

Meeting goers also discussed a proposal to place a concrete median down the center of College Avenue. The median was suggested to impede the crossing of students and promote safety in the area.

Instead of a concrete median, residents suggested narrowing College Avenue to one lane with turn lanes and pedestrian crossing.

The leadership council is compiling the suggestions by residents.