Columbia Residents Rally Against President Obama's Plan to Back Israel 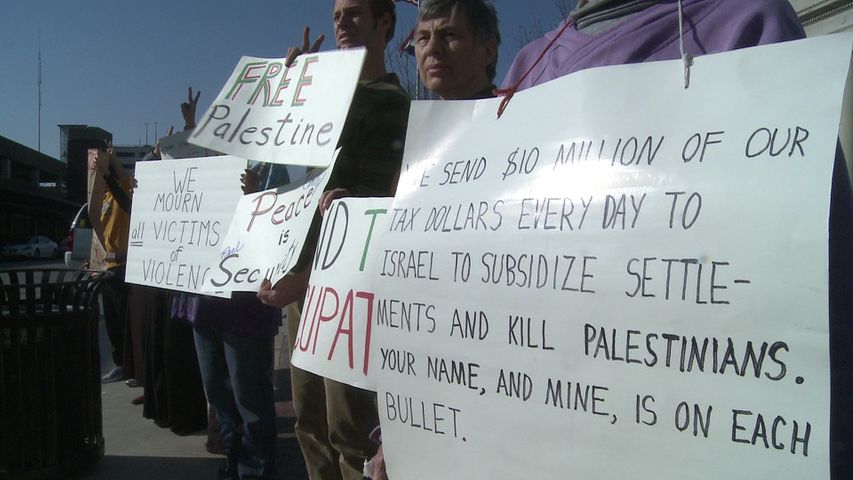 Rabbi Yossi Feintuch has lived in Israel and makes regular trips back and forth.  He has been watching the conflict closely.  "Just this morning, Israel has deflected 9 bombs though the iron dome system, to my previous home Be'er Sheva.  Israel does not want to hurt civilians, that is what makes us different than the Palestinians," said Feintuch.

Stack does stress that he mourns the death of all people, on both sides, and hopes there will be a resolution soon.