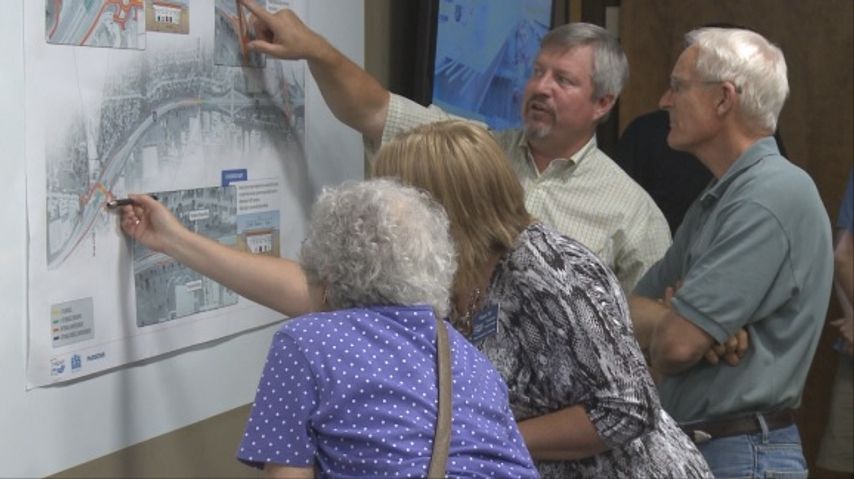 COLUMBIA - Residents had a chance to learn the specifics of the Columbia I-70 Bridges Project Thursday.

Emery Sapp and Sons, Inc., the Missouri Department of Transportation and Parsons Transportation Group hosted an open house in which residents could look at the bridge designs and ask engineers questions about the bridge construction.

The $18 million design-build bridge project will replace the I-70 bridges in three Columbia locations:

A construction crew will build new roundabouts at Business Loop 70/West Boulevard and on Rangeline Street.

MoDOT Assistant District Engineer Travis Koestner said MoDOT is encouraging people to try to find a different route if they normally take one of the bridges.

"There will be some inconveniences just due to the fact that there's construction in place," Koestner said. "We will be keeping both lanes of I-70 open - eastbound and westbound - throughout the life of the job, but the speed limit will go down to 50 mph."

Columbia resident Marc Keys said he will take a different route when it's necessary.

Koestner said the construction will start the last week in August and is projected to end in October 2016.