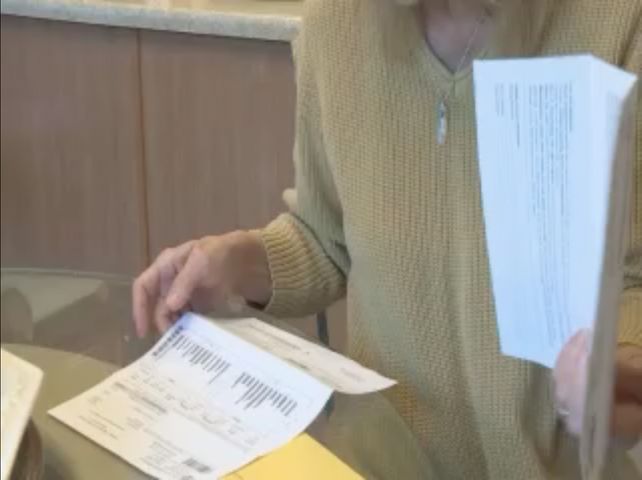 COLUMBIA - Some Columbia utility customers are complaining because of recent past due notices sent out for the month of April.

Columbia resident Kim Hatton said paid her bill and still got a warning that she would be cut off.

"I got my 'gonna be disconnected' notice for today--even though the bill is paid," Hatton said.

She said she "prides" herself in getting her bills paid on time and she has never been late, so she doesn't understand why she received the notice. She said she called customer service Friday morning and wasn't given a clear answer.

"Even though they had gotten paid, they still sent it and were going to disconnect," she said. "So I'm kind of concerned as to why they're sending a disconnect notice out before they got my payment."

She said some of her friends also received the notice.

"We sent notices to people that have not paid their bills on time. If they did not come in to make a payment arrangement or come in to pay their bill, they would be disconnected," Windsor said.

He said the notices were sent out a little over two weeks ago to several thousand Columbia residents. He said the notices are being sent out now because, by Missouri law, the city is not allowed to shut off utilities when temperatures are below 32 degrees and above 95 degrees. He also said the city had to make sure its new system for the disconnect process worked properly.

Windsor said budget billing could play a role in why some residents are receiving the notices and paying online.

"It's possible a customer was put on a new budget billing amount and didn't look at their bill and maybe it was higher," said Windsor. "And if they didn't pay that higher amount, technically they are delinquent."

Windsor said if any residents believe they shouldn't have received a notice, then should contact the city and asked to be transfered to him.