Columbia Residents Take to the Trails 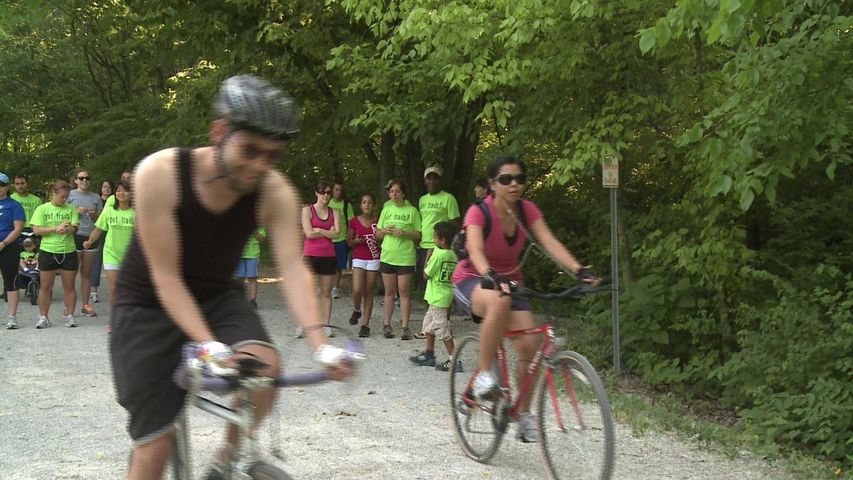 COLUMBIA - The last day of the Bike, Walk and Wheel Week featured a 5K walk and 10K bike ride on the MKT Trail.

More than 100 people participated and enjoyed the trail on a beautiful Saturday.  Many of the participants came with their family members. Some people walked with their dogs.

Emily Johnson joined the runners on the trail. "I think Columbia is a really active community," Johnson said. "We've got a lot of people that are walking, using their bikes, using public transportation, that sort of things. I think it's really great to have an event when they can all come out and celebrate those things."

Among the participants was the former Mayor of Columbia, Darwin Hindman. He came to ride a bike with his wife.

"We've already seen people taking off their bicycles with the dog on the bicycle, or with their babies in the carts, or people walking along with their kids. And they all getting exercise and enjoying fresh air and enjoying the beauty of the place," he said.

Hindman is now serving the PedNet Coalition as an adviser. During his five terms as mayor, Hindman established the annual Bike, Walk, and Wheel Week and brought a $22 million Non-Motorized Transportation federal grant to Columbia.

"The idea of this is to introduce it to people who haven't been doing it to get out, and suddenly appreciate it, how much fun it is, how good it is for you," Hindman said.