Columbia residents walk "Out of the Darkness" for a cause 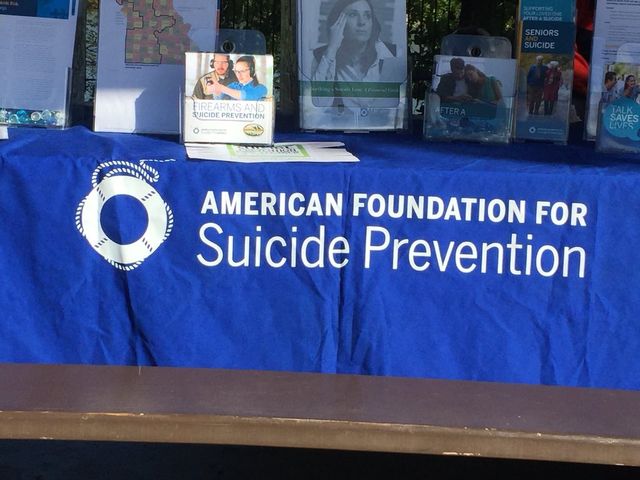 COLUMBIA - The Greater Missouri Chapter of the American Foundation for Suicide Prevention hosted its third annual Out of the Darkness Walk on Sunday.

According to the organization's website, the foundation is a non-profit that seeks to understand and prevent suicide through research, education and advocacy.

"We're doing this to bring the community together, to stop the stigma of suicide and to help with suicide prevention," Beth Hendren said.

Hendren is the co-chair for the Out of the Darkness Walk.

"We want people to know that they are not alone and we are out here to help them, as one."

According to the Missouri Institute of Mental Health, in 2013, suicide was the second leading cause of death among young people, ages 15-24 in Missouri.

For Hendren, raising awareness is something she holds close to her heart.

"I lost my son three and a half years ago, my 14-year-old, to suicide and I went to my first Out of the Darkness Walk three years ago too," Hendren said.

"I was in a really dark place and I came to the walk and I found everyone that was in the same place that I was."

Hendren said the group expected over 500 people to show up, not including people who showed up the day of.

The organization encouraged participants to get involved by registering, donating and spreading the word.

"I want people to walk away with hope. I want them to remember they are not alone. Suicide shouldn't be a word that we are ashamed of because mental health awareness needs to happen," Hendren said.