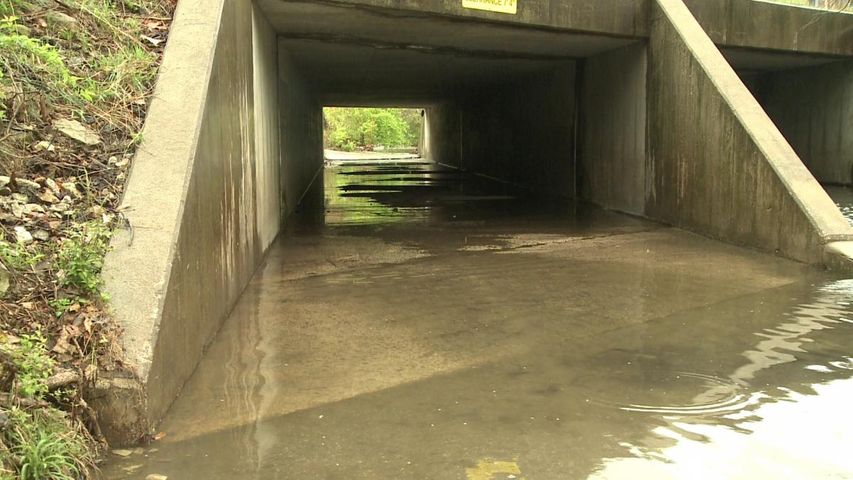 COLUMBIA - The City of Columbia Public Works Department plans to start an improvement project on a popular portion of the MKT Trail Mar. 26. If runners, walkers and bikers want to get out into the tail over spring break, they have to expect an interruption due to the Stadium Boulevard trail connector's closure.

The GetAbout Columbia program in the department funds the project. Ted Curtis has worked as its manager since the program started in 2007. He said the project has two main parts to work on.

"We're gonna be adding some concrete to the base, so it drains better when water goes on one side," Curtis said.

The connector will also have more lights inside the tunnel, so people can see better when they walk through it. Meanwhile, Curtis said after the improvements, the connector will be more accessible to some groups of people.

"We're also changing the grades coming in from the both sides, so it's easier to get down and makes it easier for bike or wheelchair people to get there," Curtis said.

The second part of the project will focus on building a connection from MKT to the bike lanes on Stadium. Right now, people have to get through the mud to get there. Curtis said he hopes federally funded pilot projects through GetAbout Columbia could offer people more options when they don't want to drive car.

Steve Hofmann ran on the trail Friday even in the rain. His cloths got wet, but it didn't cast a damper on his exercise. He said he usually comes to the trail four or five days a week and feels relaxed while riding his bike and running on it.

"A lot of times what I do is I ride my bike from my house to the trail, then I lock my bike then I run on the trail," Curtis said.

When he heard the plan of the improvements, he said he has noticed the problems inside the connector.

"I noticed that after a big rain, a lot of times, it is gonna flood into there and leaves a lot of debris, so if they can do something about that, that will be nice," Curtis said.

Curtis said people welcome any improvements on the trail since so many people use it frequently.

"Especially on the weekend, there are a lot of people," Curtis said.

The project will take about five weeks, and cost about $140,000. Looking at all the projects the GetAbout Columbia Program plans to work on, Curtis said he expects they will finish those projects on improving city's infrastructure in three years.

During the closure, a lot of people might choose to cross Stadium directly, so Curtis also urged motorists to watch for the possible pedestrians appearing on the road when driving.