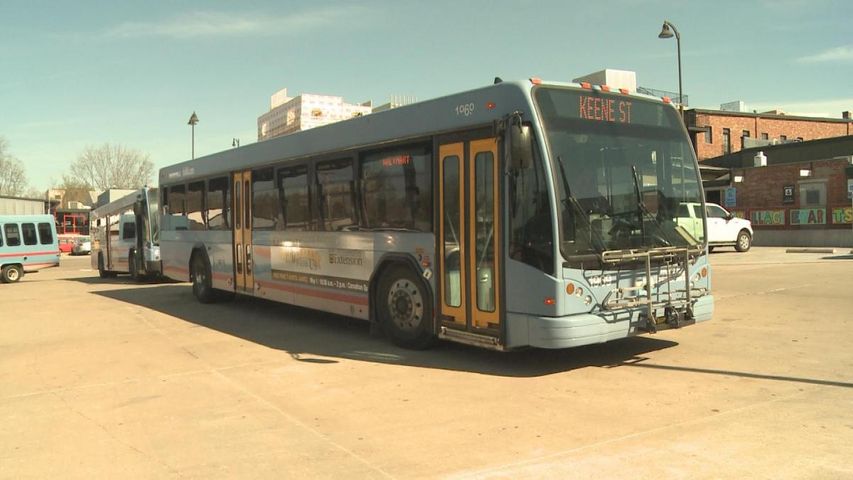 COLUMBIA - The Bicycle and Pedestrian Commission voted tonight to endorse the 2014 Tiger Discretionary Grant for the city of Columbia.

The city is planning to submit a (TIGER) Grant application to the U.S. Department of Transportation by the end of April. The department awards the grants for projects it believes will have an impact on the nation, a region or a metropolitan area.

Columbia would be using the money not only to buy new buses and have new shelters at bus stops, but there is also a Safe Routes to Transit component for the city as well.

This would be creating bicycle storage facilities and construction improvements on infrastructure like sidewalks and ramps at the various CoMO Connect transfer stops. Currently there are 39 new transfer stops around the city for Columbia residents.

However at both stops, there were no sidewalks on the opposite side of the road for pedestrians to walk on. Sarah Anderson, the chairwoman of the Bicycle and Pedestrian Commission talked about how unsafe it is without these sidewalks.

"So it can be very dangerous," said Anderson. "It's something the commission looks at on a routine basis and works with the city to prioritize where sidewalks need, you know, to be placed."

But finding which sidewalks need the most improvement, takes some time.

"There's a process that depends on who maintains the road, and then there's a plan that we map out over the next 10 years and what the priority sidewalks are and to make sure that, not only are we maintaining sidewalks, but that we are increasing accessibility," Anderson said.

Several staff members of community development did audits of the 39 transfer stops and recommended five new sidewalk segments and an improvement on existing ramps, curbs and sidewalks. All of these additions, along with other costs like labor is estimated to be $1.4 million dollars.

This cost for the Safe Route To Transit is slightly higher than 10 percent of the total grant request. The other 90 percent would be for shelter and technology upgrade, lighting, bike storage and bus replacement. Much of that 90 percent is dedicated to purchasing new buses for the City of Columbia.