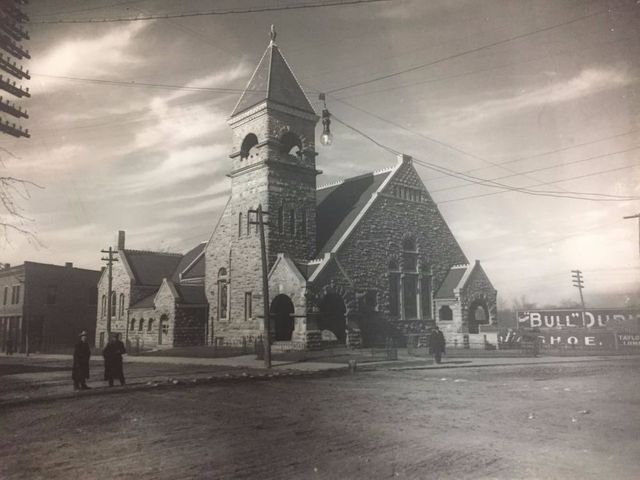 COLUMBIA - As luxury housing high rises continue to go up downtown, some historic buildings are getting overshadowed in the skyline.

The Rise on 9th complex is being built directly across the street from Missouri United Methodist church. Views from their upstairs sanctuary across Locust Street are now obstructed.

“The downtown skyline has for generations had a few tall buildings, the Tiger Hotel, Paquin Tower, a few buildings at the University, and then church steeples,” said Jimmy Spear, an associate minister at First Christian Church. “Now, depending on where you’re coming from, you don’t see the steeples, or the courthouse, or Jesse, because of large apartment buildings.”

Spear said downtown’s many historic churches have steeples or bell towers, which offer a sense of heritage to the congregation and the community.

He said he hopes the growing student population living downtown might consider joining one of their neighboring churches.

“A downtown congregation could be vibrant in someone’s life is they live nearby,” Spear said.

First Baptist on Broadway and Waugh Street was rebuilt on top of the old land downtown several decades ago, but has no plans to move out of downtown.

“Everybody wanted to move south a number of years ago,” said Ed Rollins, associate pastor of music and administration.

He said some churches were moving as housing began to boom in other parts of Columbia. “We ultimately decided that we have a place in ministry right here in the downtown.”

Rollins said, throughout history, church steeples have been symbolic.

“The steeple was a significant part of the community. Steeples said something about who the community was, and generally they were the tallest things in the city,” Rollins said.

Some churches, like First Baptist, now rent out a small amount of parking spaces to apartment residents.

Rollins said, while the rooftop bar at the Broadway hotel can sometimes get noisy, the increased traffic does more good than harm.

“It makes it vibrant. And for a church, that’s a good thing,” said Rollins.