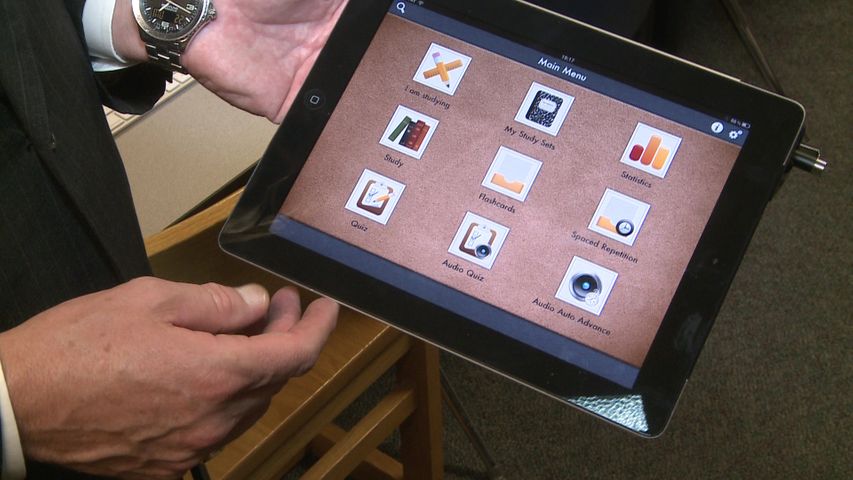 COLUMBIA - Columbia Independent School welcomed back students and teachers Tuesday, to the first day of school. But, that wasn't the only first.

Every sixth through twelveth grade student and teacher had a new item to add to the pencil and paper list of school supplies - an iPad - 190 of them. CIS is the first Mid-Missouri school to integrate iPad technology in the hopes of enhancing student learning.

"We're basically meeting the students with devices they already use. The irony is, these things are less used by our teachers, so actually, the teachers may have more of a challenge keeping up than the kids. But, we think it's he right way to go, we think that it already speaks to our students and I think that will be one of the reasons this program is so successful," Columbia Independent School Head of School Scott Gibson said.

Gibson said the iPad project was nine months in the making. Inspiration came from an educator's conference he attended in Chicago. Gibson said public and private schools across the country are riding the wave of iPad's new technology.

"One of the neatest things about it (iPad use in the classroom) is efficiency. In other words, instead of spending time copying a paper, handing out a quiz, grading it manually, entering grades manually, all that is done instantaneously and I can spend more time teaching, my teachers can spend more time teaching, not shuffling papers, and I think that's a huge advantage we're eager to implement here," Gibson said.

Gibson teaches French at CIS and demonstrated use of just one of the many programs on his iPad. He said students can continue the learning process at home, and actually hear French natives speak the language.

All subjects will incoporate iPad usage into their curriculum.