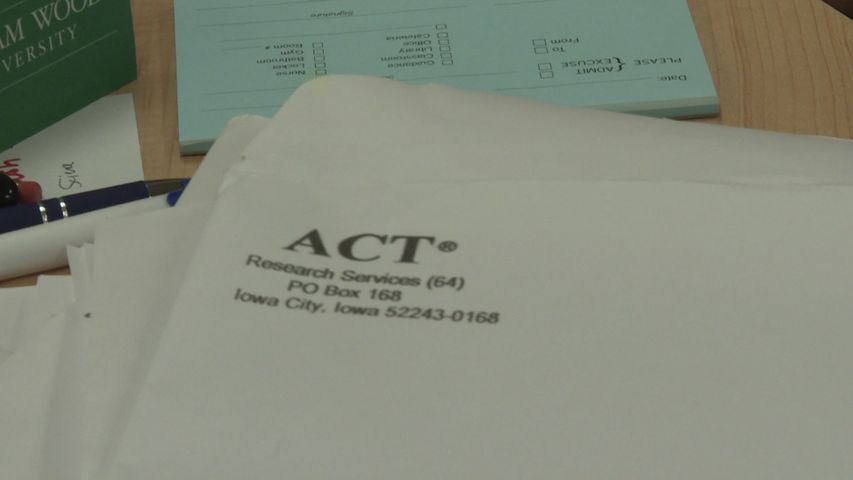 The ACT is a standardized test used to measure a student's knowledge of English, reading, math and science. Results released Wednesday for the 2018-2019 academic year showed Columbia schools surpassing the state average with a 21.1 composite score, compared to the state score of 20.8.

Baumstark credits students' ability to achieve these scores to the school system's tactic of not "teaching to the test," but rather curriculum standards the state has set.

CPS had around 1,000 students take the ACT. Baumstark says CPS performance is especially of note as the district continues to outperform the state due to the large pool of test takers they have in comparison to other schools.

"We pay for all of our juniors to take the exam," Baumstark said. "It's something, several years ago, the state had paid for the ACT for students, but no longer does."

A perfect score is something Tolton Catholic senior, Silas Glaude, knows all about.

Glaude has been recognized as Tolton's first student in the school's eight-year history to receive a perfect score on the ACT. He says he threw "tips and tricks" to test taking out the window when it came to preparing himself for the test.

"I don't think there's any one secret," Glaude said. "A lot of hard work goes into it, I would say."

Glaude said he tried to simulate the conditions of the test as much as he could when studying. He also said his teachers make a point to direct students' attention to questions they might see on the exam.

When learning of Glaude's success, both the Dean of Academics and the Chaplain said they weren't surprised Glaude pushed past the school's many 35's and into becoming the first student to score a perfect composite on the test.

Father Mike Coleman, who has been the Chaplain since the school first opened, described Silas as "unassuming" and "humble."

"You'd never imagine just interacting with him that he's such a brilliant kid because he's just a normal kid," Coleman said. "I am just so proud of him. He's an achiever, but that's not who he identifies as."

Glaude said he was "shocked" when he learned of his perfect score.

"The night before I actually had a couple of dreams where I got different scores, so it was a little surreal even seeing that I had a score that was perfect," Glaude said. "It's been a goal of mine for a really long time."

To see how your child's school stacks up, visit the ACT website.