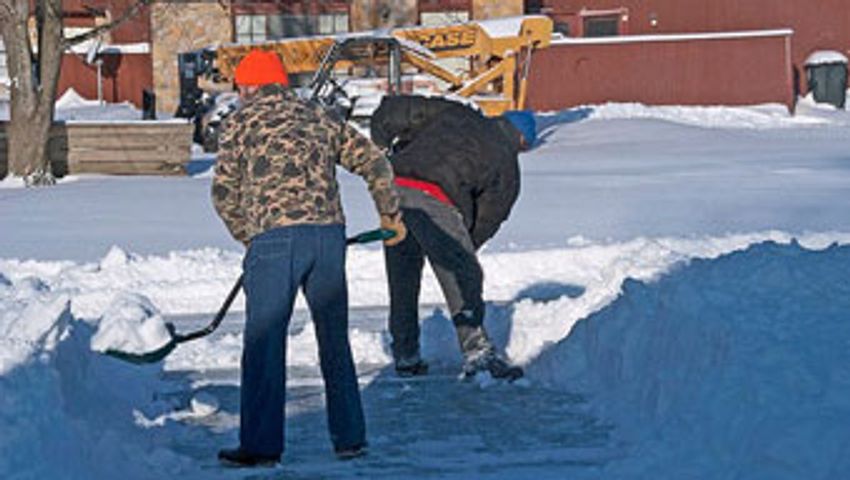 COLUMBIA - Columbia is looking for volunteers for a new sidewalk snow removal program.

The idea is that volunteers would agree to clear snow from certain sidewalks around the city, for free. Essentially, these volunteers would adopt a sidewalk. Columbia Public Works has identified two priority areas it is hoping to recruit volunteers to clear: Stadium Boulevard over I-70 and the College Avenue median between Ash and Windsor.

"We have a wonderful community. We've got people that want to volunteer. So let's just throw this out there as another opportunity to help take care of our community," Columbia Neighborhood Services Manager Leigh Britt said.

The pilot program kicked off in the middle of January. However, Britt said no volunteers have stepped up just yet. Britt said the city is looking to advertise the program more in February. According to Britt, the success of the program is contingent on when it snows.

"Because of what we are asking people to do it does require some physical ability to clear snow and then you also have the time when needed because again we want to get those sidewalks cleared within a couple of days after it snows," Britt said.

According to Britt, a Columbia resident proposed the idea for the adopt-a-sidewalk program. Britt said the goal is to keep sidewalks clear of snow and ice because people rely on them to get to work, school and run errands.

Columbia is offering shovels for volunteers to borrow to remove the snow. Britt said the city is also looking at ways to acknowledge volunteers for their service.

To become a part of the pilot program, contact Office of Neighborhood Services Manager Leigh Britt at 573-874-7504. Or you can email her at: lcnutter@GoColumbiaMO.com.