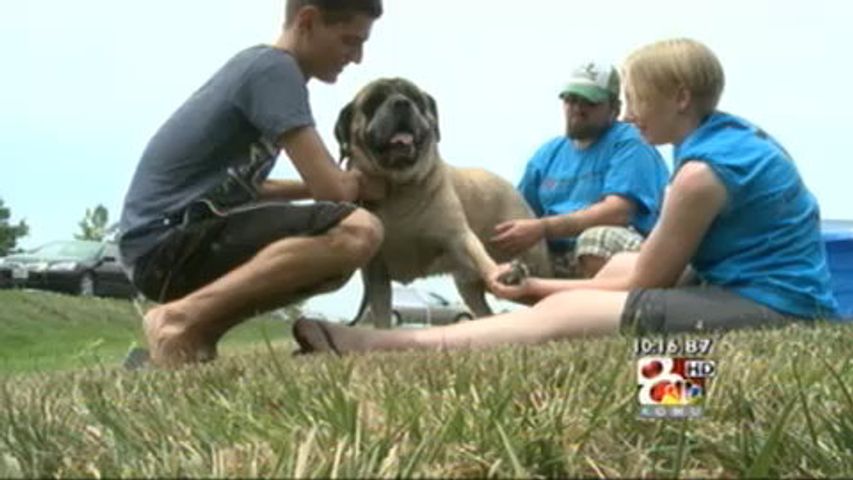 COLUMBIA - Volunteers from Columbia Second Chance washed dogs Saturday to raise money for the shelter.  People brought their pets to the Storagemart on Providence Road and for a $5 minimum donation, volunteers washed their dog.  For an extra $5 volunteers also trimmed the dog's nails.

The shelter holds about ten events a year to raise money for their animals.  Since it cannot take in all the homeless animals in the area, the shelter fosters animals with volunteer families and keeps the rest of the animals at their facility in Boonville.

Columbia Second Chance volunteers say this time of the year is when they have the most animals in their shelter because students from the University and high schools often times abandon their pets during the summer.  Due to this large intake of animals, the shelter tries to get the animals seen by the public, because the executive director said, animals that are seen get adopted.

Dogs at Saturday's event cooled off in the shade and snacked on treats while they waited for their baths.  During the four hour event, volunteers washed more than 50 dogs.