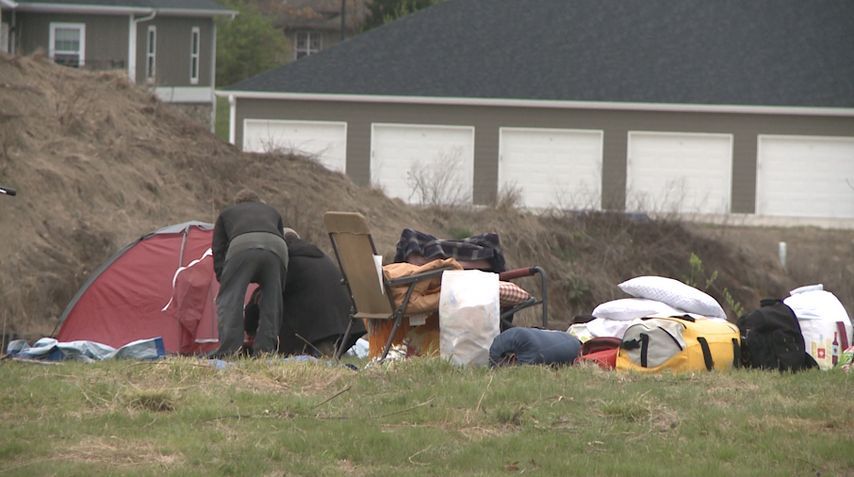 COLUMBIA- The City of Columbia is asking for proposals from organizations interested in providing camping services for the city's homeless population during the COVID-19 outbreak and for hotels and motels willing to be used for isolating or quarantining people.

Organizations wanting to bid should submit their proposals by 5 p.m. Friday.

In the city's request for proposals, it says it will "provide a location on city property" with up to 70 individual 16-by-16-foot campsites. It will also provide potable water, refuse containers, portable toilets, hand washing stations and pre-recorded staff and volunteer training.

Organizations bidding to provide the service must be able to have at least five trainees, staff or volunteers. They must also maintain documentation of people entering and leaving the camp, and provide three meals a day to campers.

The organization must also be able to monitor the well being of campers and volunteers and provide a tent and sleeping bag for each camper if they don't have their own.

A camp, similar to what the city is attempting to set up, was created personally by Second Ward Councilman Mike Trapp. His camp was formed on a 7 acre piece of land at the intersection of Blue Ridge Road and Providence Road. The property belongs to developer Jack Maher. Trapp said Maher gave him permission to use the land as a temporary camp for the city's homeless population. Within 3 days, however, the camp was shut down after neighbors complaints.

Trapp, in his new personal endeavor, is working to set up a car camp at the former Mid-City Lumber building on Paris Road for people who live in their cars.

It is not clear where the city will establish its homeless camp.

The city says it will train hotel or motel staff on how to properly attend to those guests.