Columbia Sets up for a Winter of Fishing 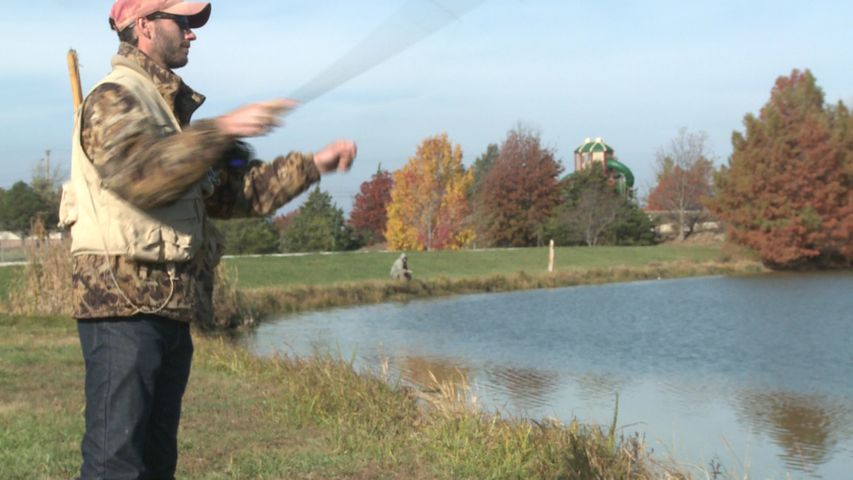 COLUMBIA - Some like to stay indoors with a cup of hot chocolate on a cold day, while others like to fish. Anglers headed out to Cosmo-Bethel Lake Friday to take part in the Missouri Department of Conservation's Winter Trout Program. The department stocked three lakes in the Mid-Missouri area with more than 2,400 rainbow trout: Cosmo-Bethel Lake in Columbia, Lakeview Park Lake in Mexico, and McKay Park Lake in Jefferson City. For a map of where to fish, click here.

Until January 31, anglers may only "catch and release" the trout. After the end of January though, anglers with a license may harvest the fish. For a list of all rules, click here.

Angler Joe St. Clair was at the lake Friday. He is new to the area, but said he likes the atmosphere. "It's pretty special that you have the big city with all the shops around, but then right in your backyard you have the perfect opportunity to do some fly fishing."

St. Clair has already been out to the lake two times since Wednesday. He said he is excited for the program and will probably fish at least a few hours every day before work. "I just love fishing. It's so relaxing."