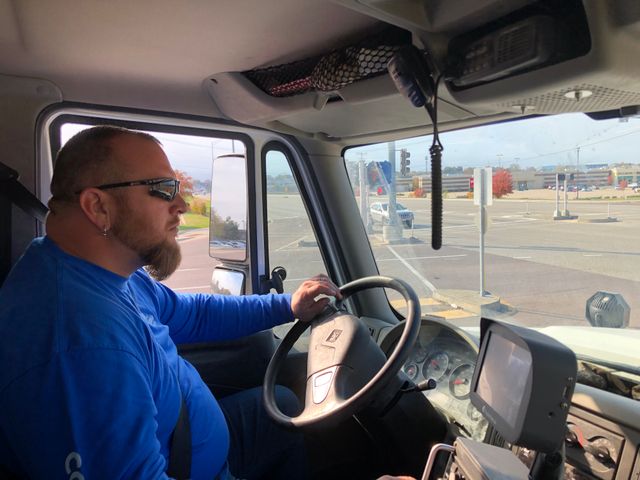 COLUMBIA - After a pre-mature snow in October, some people may not second guess the sighting of a snow plow. The plows were out in full force Wednesday, not to take care of the roads, but to learn.

Barry Dalton is the community relations specialist for Public Works. He said the event has a specific goal in mind.

"What they're looking for is reminding where there's a lot of cars parked, where are there curbs, hills," Dalton said. "Just areas around the pavement that may present problems with the blade."

Dalton said having an event like this helps new drivers learn the roads before their work starts during winter weather.

"When we get a bigger snow, and we have a crew out of 16, or 20, or 30, we want to make sure that everyone has had a chance to go over the priority routes for the day, before we throw them into the deep end of the snow," Dalton said.

Jason Lampkins is a returning driver this year and he said he kind of "fell into the whole pushing snow thing." Lampkins said he's seen a trend of the department falling short-staffed in recent years.

"Everyone seems to be moving on to bigger and better things and we're just losing people and not finding the people to fill those positions," he said.

Lampkins said the training event has helped the department prepare to "do more work with less," something they're trying to shoot for.

"It's a matter of being able to go out in real-life situations," Lampkins said. "Even though you're not plowing, you're still out there with cars that have no idea what this truck is coming. You're trying to jog around people on bikes, or walking, or spots in the road that haven't been taken care of yet."

Crews started their training at 8 a.m. and most finished by noon on Wednesday.