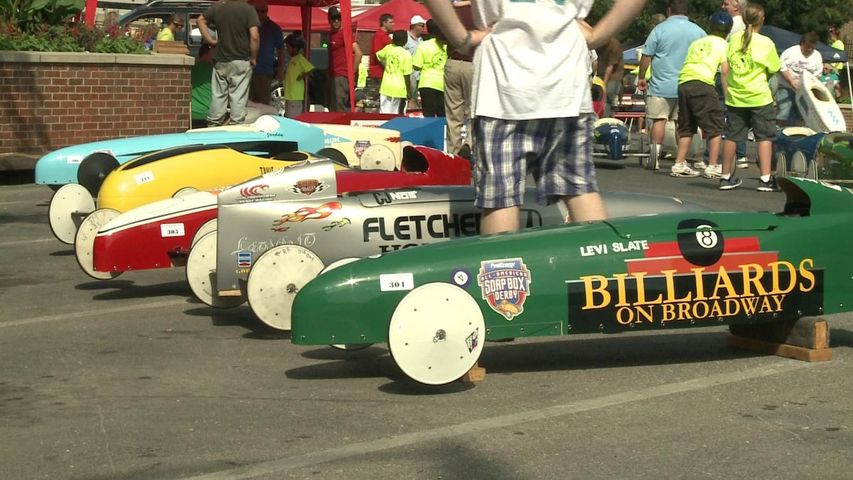 The race started at Seventh and Broadway and ended at Providence Road. The races kicked off around 8:30 a.m. and went until 4 p.m. Kids ages 7 to 17 years old could participate.

It was Haden Singledon's first year in the race. He said he thinks about 30 teams showed up to race. He also said there were some rules. He said you can't duck you head under the front of the car, you can't go into the other racers lane and the driver and the car must weigh 255 pounds total.

Singledon said the winner of this event has a chance to go to Ohio to participate in a race that includes about 600 other racers. That event will take place July 21.