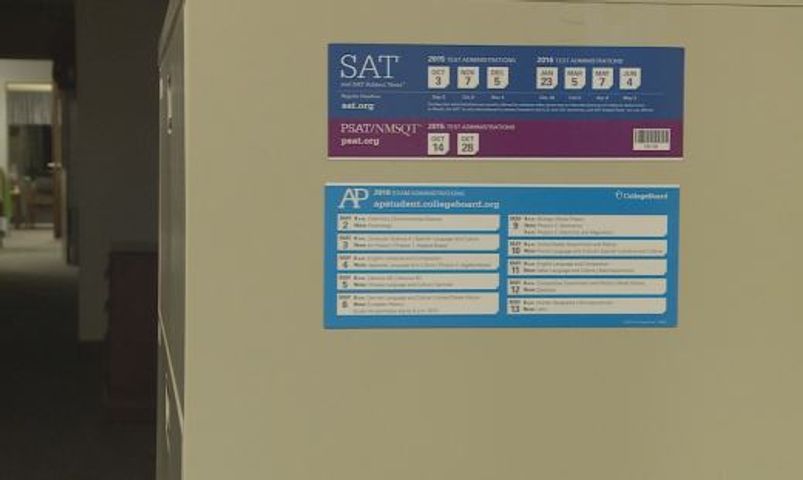 COLUMBIA - 19 of the nearly 16,000 semifinalists announced for the 2016 National Merit Scholarship Program are Columbia high school students. Students nationwide were selected by the national corporation based on their scores on the PSAT they took during their junior year.

The exam is graded on a 240-point scale. The 2016 qualifying score for Missouri was 209, according to collegeplanningsimplified.com. The site says 209 was also Missouri's qualifying score late year.

Madison Berry, communications and development assistant for Columbia Independent School, said the two semifinalists from CIS make up one-third of the school's six-person graduating senior class.
"Our college counselor came in with a news story to share with them and ended up being that they had been selected as National Merit semifinalists," Berry said. "It was pretty exciting because since there's two of them, they can help each other with preparation and meeting deadlines for the next step."
Diana Rahm, who used to teach Advanced Placement courses at Hickman, said that for students in traditional, public schools these courses are helpful when preparing for standardized college placement exams.
"AP classes definitely played a major role in the way my students and my personal children developed higher level thinking and the writing skills necessary to be very successful in a wide range of collegiate environments," Rahm said.
The next step for these students is applying to become finalists. The process includes a detailed application made up of academic records, school and community participation reports, leadership and employment information, as well as a list of of honors and awards the student has received.
15,000 of the 16,000 seminalists will be named finalists, and the scholarship recipients will be selected from this group. Students will be notified in February if they are chosen as finalists. Names of scholarship will be anounced in national press releases during spring of 2016 beginning in April.
Jenna Flugum, CSI's director of admissions, said that just having so many semifinalists from Columbia is an encouraging indicator of the value of education in the community.
"I think in today's world it's important to keep in mind that we aren't just competitive at a state-wide level," Flugum said. "We really are competitive in terms of a national and a global economy. Being able to look just beyond here in Missouri and to be able to compete on a state-wide, nationwide and global level is pretty exceptional."

The exam to qualify students for the 2017 competition will be given this October.