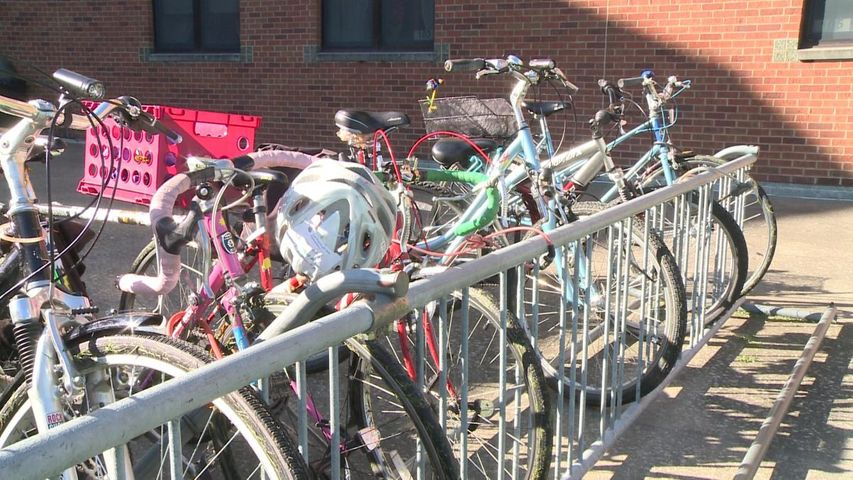 COLUMBIA - About 50 students from Smithton Middle School and West Junior HIgh School biked to school Wednesday morning and were welcomed by the PedNet Coalition staff.

The PedNet Coalition greeted student cyclists from both schools at the bike racks with prizes and breakfast snacks.

"The kids are excited because they are doing something they do everyday, but nobody complements them for that. Nobody says 'Yeah, this is really cool! Go for it.'" Joe Silsby, a cycling instructor and independent contractor with PedNet, said. "You guys are special."

This month is also the National Bike Month. The PedNet Coalition will come back to these two schools again on May 18, at the end of Columbia's Bike Walk & Wheel Week, with more prizes for student's bicycling efforts.