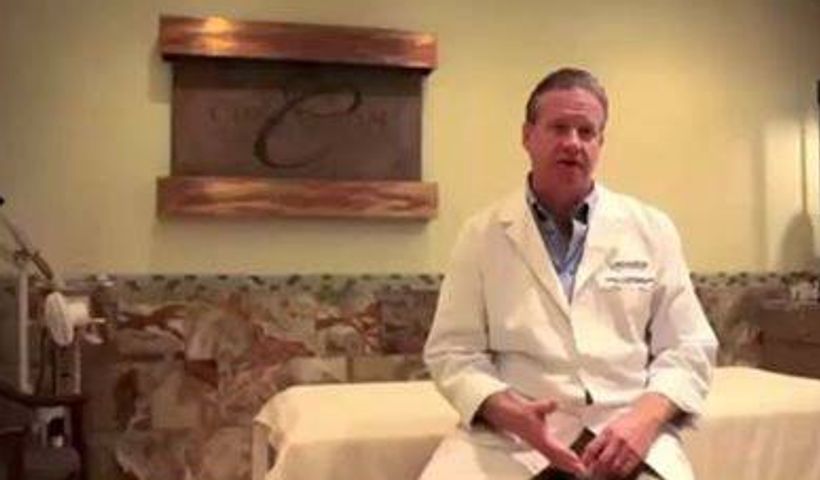 COLUMBIA - Dr. John Concannon and his wife, Kathy Concannon, are currently in a legal battle they said they never could have imagined when they opened Concannon Plastic Surgery in 2007. The business saw no problems until May of 2012 when, according to Dr. Concannon, a member of a cleaning service his office hired stole more than 15 hundred dollars worth of business merchandise.

Concannon told KOMU 8 News he contracted with a national cleaning company, Jani-King, to do after-hours cleaning at his medical spa and plastic surgery office.

Dr. and Mrs. Concannon said it was only a few weeks, to a couple months, from when the crew began cleaning that they began to have problems. "The beginning the big issue was they weren't doing a good enough job...dust bunnies on the floor...nurses complaining," he said.

His wife further explained, "They would come in at a certain time, clock in, clock out, about five minutes later, and then three hours later clock in, and clock out. That's why it wasn't getting cleaned."

Concannon told KOMU 8 News he would often check time records and see that the crew spent 15 minutes in the building. He says at the time, his building was about six thousand square feet, and is now even bigger. "It doesn't make sense," he said.

But it was in May of 2012 when Patient Care Coordinator, Betty Gooding, said she was approached by a man who offered an explanation. "About 4:30 a gentleman came in and said he had things he thought belonged to us and he knew the cleaning crew that worked here and he returned it [he said] you should be aware that they are taking things," she said.

"At an emotional level it's really kind of frightening...as a physician its worse. I have patient documents...pretty sensitive stuff. There's a lot of trust that we have by letting people into our building," Concannon said.

Concannon explained that following the incident he called Jani-King to end the contract and express he did not want to continue business because of the thefts. He said he thought this was a simple solution, but it only turned out to make matters worse.

"Ultimately the company took the position that we have a contract and we had to stay with them. Our feeling is that contract is voided when they're stealing from us. So the company sued me for breach of contract because we stopped doing business with them. So we're countersuing," He said.

Which is where the current situation sits. Concannon is now in a legal battle with the company, but said after meeting with local Columbia Attorney, David Brown, the two realized the situation was much more confusing than they initially realized.

David Brown declined KOMU 8 News an on camera interview, but did sit down to talk with our reporter and provide a statement.

Brown said after reviewing documents, he found Jani-King of Columbia to not be who they say they are, and said he discovered they are not a registered business in the state of Missouri.

According to Brown and documents he provided to KOMU 8 News, the initial sales pitch to Dr. Concannon in February 2011 was from "Jani-King of Columbia." The name appeared on the pitch three times.

But after further review of the contract Concannon signed following the pitch, Brown noticed it was actually with "Majestic Franchising Inc." doing business as "Jani-King of Columbia."

Brown told KOMU 8 News doing business under another name is a common practice in Missouri and across the country. He said because of this, he was not caught off guard when signing the contract, especially considering the pitch from Jani-King of Columbia. The Contract with Majestic Franchising Inc., doing business as Jani-King of Columbia, were both signed by the same person - Eric Nichols of Jani-King.

However, following the thefts, Brown said he looked into who Jani-King of Columbia was, and according to him, he realized they do not exist. A search on the Missouri Secretary of State's website does not have Jani-King of Columbia registered as a licensed business. Brown told KOMU 8 News that this means Majestic Franchising is doing business under the name illegally.

Brown provided KOMU 8 News with this statement to further explain the situation:

"The cleaning contract was subcontracted out to someone in Columbia so that he had no control over what happened. In any event, he [Jani-King Representative] now attempts to split everything in two and claim that there was one company who you signed a contract with and another company that stole from you -- the only relationship between them being a franchise. The weird thing is that the contract was not signed by anyone for "Majestic Franchising Inc" it was signed by someone for Jani-King of Columbia. It makes no sense."

After meeting with Brown and Dr. Concannon KOMU 8 News reached out to Jani-King who forwarded us to a lawyer representing Majestic Franchising Inc. -- the company doing business under the Jani-King label.

Concannon said the situation frustrated him so much that he wrote a letter to each member of the Columbia Chamber of Commerce warning of the alleged theft from Jani-King. Concannon said he received many thanks for the letter, and one commerce member wrote back saying he had heard of previous similar incidences with Jani-King.

Documents provided to KOMU 8 News from both Jani-King and Majestic Franchising both deny that either one of their employees stole from the Concannon medical facility.

In a letter to Dr. Concannon and Brown, Jani-King representatives said, "Jani King is a franchise company and therefore it was not our employee that engaged in a criminal theft."

A letter to KOMU 8 News from William Denning outline a similar line, "It was not an employee of Majestic Franchising, Inc. that took those items."

Concannon said it is frustrating that both companies deny involvement, because he said all evidence points to the cleaning crew, whether it Jani-King who hired the alleged thief, or Majestic Franchising.

Brown said the case is ready for deposition and a trial will likely happen late this summer.