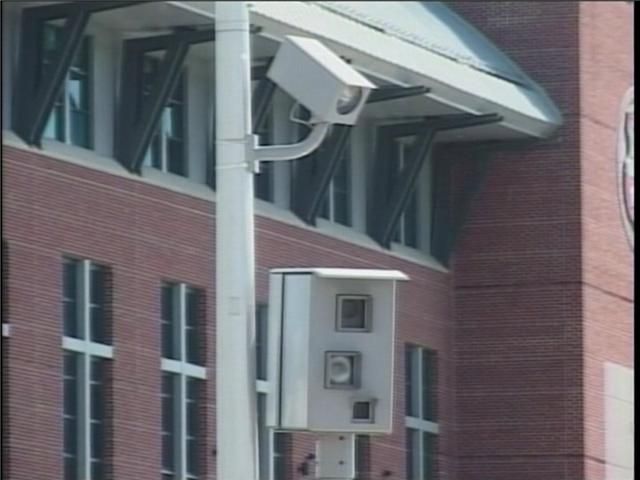 COLUMBIA - The City of Columbia suspended prosecution of its red-light camera program Thursday.

Columbia city prosecutor, Stephen Richey, said the Eastern District's Court of Appeals ruled Tuesday that the City of Ellisville's red-light camera ordinance is invalid and it conflicted with state law.

"Our ordinance basically mirrors the ordinance that Ellisville has," said Richey. "We're basically in the same position as them."

Richey said most municipalities that use red-light cameras mirror the same ordinance.

The original ordinance placed responsibility on the driver for the red-light violation. Gatso, the city's red-light camera vendor, offered a program that included photographs of the drivers and complied with Missouri law.

In 2011, the Eastern District Court of Appeals in the City of Creve Coeur vs. Nottebrok upheld Creve Coeur's ordinance with imposed liability on the vehicle owner. The court upheld the ordinance regardless of whether the owner was operating the vehicle at the time of the violation.

In reliance on the Court of Appeal's decision in the Nottebrok case, the City of Columbia amended its red-light camera ordinance August 19, 2013 to place liability on the vehicle owner rather than the operator.

The temporary suspension of the red-light camera prosecution will only impact those being prosecuted under the current ordinance.

Prosecution of the red-light camera cases that occurred prior to the August 19 amendment will continue.

"Right now, if someone fails to appear, there won't be a warrant out for their arrest. If they don't appear, there will be no consequences," said Richey.

Richey said Columbia will continue to "run the docket the way it is right now," because there is a mix of old and new cases.

"We'll just have to make sure that for violations issued after August 19, we keep those off to the side," said Richey.

Richey said the red-light company will still keep track of all the violations and keep them in a stockpile until "there's a truly final decision."

He said the Supreme Court could take it for review but not rule on it for months so it's hard to tell when a final decision will be made.