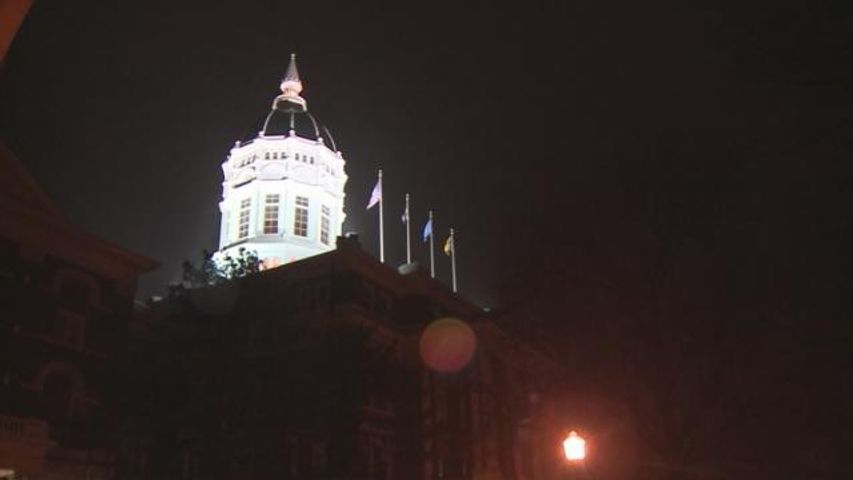 The University of Missouri dimmed the lights in Jesse Hall and turned the lights completely off that usually illuminate the columns.

The hour is an event meant to raise awareness, suggesting action on climate change.

President of Sustain Mizzou, Tina Casagrand, said a past president for the group initially brought up going dark for Earth Hour to Mizzou in 2009.

"She coordinated with Jesse and Stankowski and I think RHA, residential life, and worked with all them to help initiate this earth hour effort to turn off the lights on campus," Casagrand said.

The city of Columbia participated too, dimming its lights at city hall.

Casagrand said even though the event doesn't save a tremendous amount of energy is sends a tremendous message.

"It's really powerful just to remind people that each contribution is making a difference," Casagrand said.

Columbia Water and Light said last year the city saved the equivalent of about 70 homes turning lights off for an entire day.