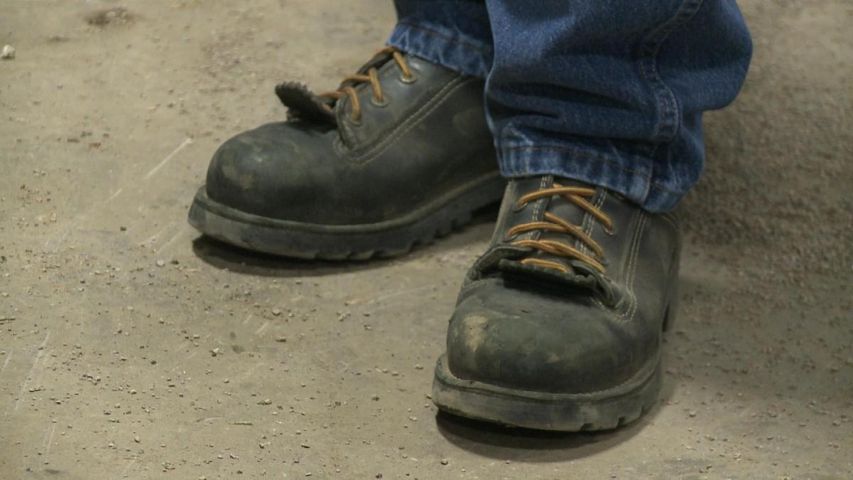 COLUMBIA - Eric Evans and the rest of his Fleet Operations crew help keep all the City of Columbia vehicles running.

Tax payers pay for city employees' salaries and benefits. They may not realize it, but tax payers also pay for their shoes. In 2012 the City of Columbia spent nearly $40,000 on shoes.

"I know we have employees that are out and about in bad weather and things like that so I can see some money, but $40,000 sounds like quite a bit," Kristen Bagwill, a Columbia tax payer, said.

Columbia's Human Resources Director, Margrace Buckler, says it's a benefit the city has provided for decades. About 500 of its more than 1,300 employees get a shoe allowance of $75 each year.

"The employees that are eligible to get the shoe allowance work in the field in labor positions, and lots of them are on trenches or street crews around heavy equipment," Buckler said.

The city says employee safety is its first priority.

"You're moving components around that could cause serious injury if they were dropped on your foot," Evans says.

However, managers also think they save money in the long run by providing safety shoes.

"Worker's comp is more expensive than the boots," Buckler said.

KOMU 8 News called a few college towns in neighboring states to compare how much Columbia spends on shoes to other cities. Iowa City, IA spends less at about $15,000 a year. Both Lawrence, KS and Fayetteville, AR spend more. Lawrence spends almost $50,000 a year on shoes. Fayetteville spends about $56,000 a year.

Columbia has a slightly larger population and more employees than the comparison cities. Columbia also runs utilities services through the city that not all cities run themselves.