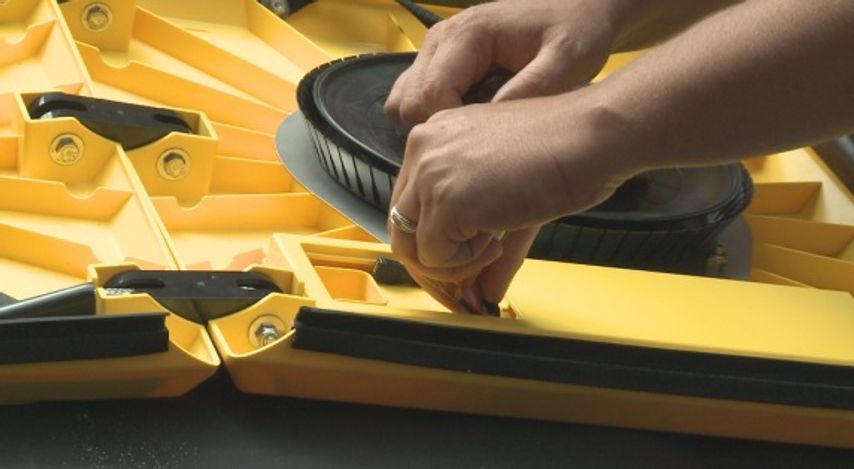 COLUMBIA - Repeat parking violators will soon see something new on their car.

Columbia Public Works is testing out a system called the Barnacle, which will serve as an option rather than getting towed.

It's a device that fits over a person's windshield, and can only be removed by a specific code.

It will cost drivers $50 to remove the Barnacle.

The city will start using the new tactic the week of July 17.

Right now, Columbia has three Barnacles in stock. Transit and Parking Manager Drew Brooks said the city will purchase more if they deem the device successful.

“Towing can very costly both for our staff and for the customer and so we looked at this as an option to be much more efficient,” Brooks said.

Brooks said this option is a lot more convenient for the customer, too, cutting down on time trying to find their towed car.

But the device doesn’t get rid of towing all together.

If a driver hasn't paid, the city will put a sticker on their car notifying them of the violations. The Barnacle will only be used as a last resort.

Brooks said the ultimate goal is to get more people to pay for their meters rather than getting a parking ticket.

One resident said, “towing is a really big problem around Columbia.”

“I think it’s a good idea if they get more of them implemented and if they decide to add more then I feel like it could be a foreseeable future,” Sage McCormick said.

Another resident said the price of the Barnacle removal is fair.

“I guess it could be a good way for the city to save money and for people to save money at the same time," Kim Aeschlimann said. "Although you would have to accumulate four tickets to do it."

According to Columbia Public Works, "the device will not be used after 5:30 p.m. on Thursdays so that customers will have ample opportunity to have it removed before offices close on Friday."