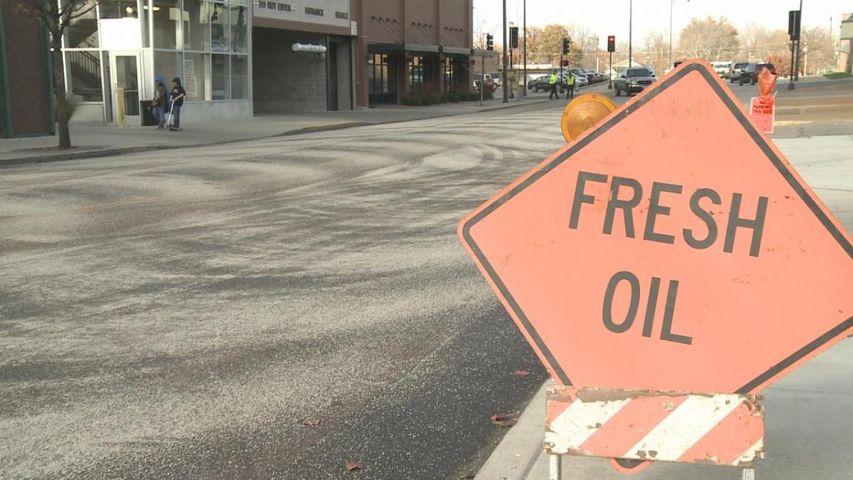 The pilot project on the five roads cost the city $13,500 of Columbia's annual street maintenance budget, and city officials said if the treatments work, the goal is to use them on other roads throughout the city.

"I have confidence that [the treatments] will work," said Kaufmann. "We are trying new techniques to do a good job at maintaining our pavements. It's a good return on investment."

But some Columbia residents are not so sure it is the best way to use the street maintenance budget.

Kenneth Stout lives near Trail Ridge Drive, one of the streets used for the pilot project. He said he would rather see money put toward fixing potholes in the city.

Columbia resident Brandy Birdsong agreed potholes are more of a concern, but said it would be good if the treatments worked.

"I'm more worried about the lines on the roads and the potholes, not as much the asphalt wear. But any road improvement, I'm all for it," said Birdsong.

Kaufmann said the two treatments would not help with potholes or large cracks on the street. He also said it is too early to know an estimate of how much it would cost if the city if it decided to use the treatments on more roads, but he hopes the treatments could become regular.