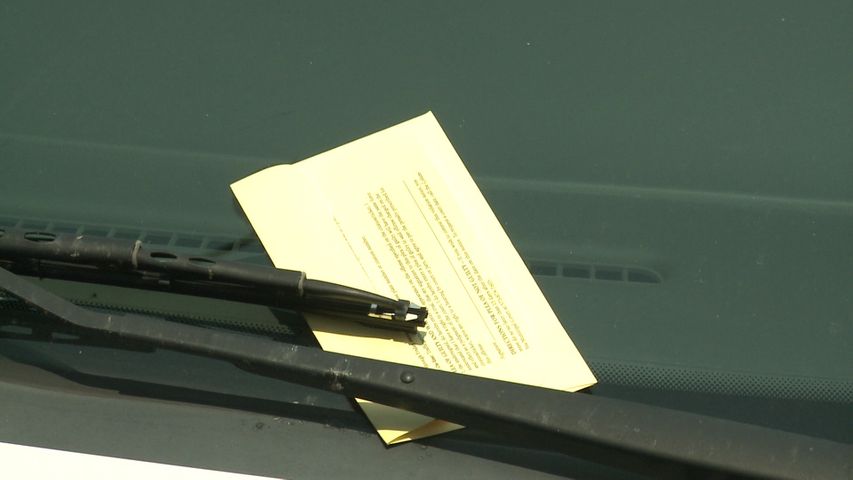 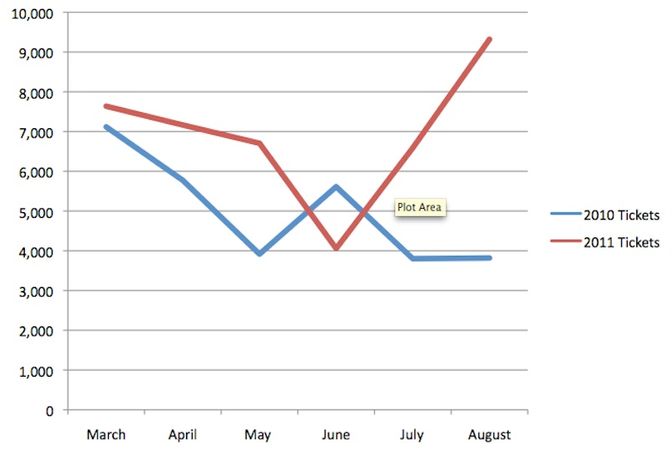 COLUMBIA - The total number for parking tickets for the month of August 2011 were published Monday. The City of Columbia gave out 9,320 parking tickets during August 2011. That's 5,502 tickets more when compared to the same month in 2010. The increased ticketing is part of an ongoing trend since parking meter violations doubled on March 1.

On average over the past six months the city has given out almost 2,000 more tickets each month compared to the same months last year. The overwhelming majority of the tickets given in August were for expired meters. They account for about 90 percent of all tickets written. Since the fines doubled, in August the city made almost four times the amount it ticketed during August the previous year. During August 2010 the city gave out $20,310 worth of tickets. The same month this year the tickets written total $98,085.

Those headed downtown, should be sure to feed the meter enough to cover the time for any errands and then some. Last month the city gave out one ticket every 102 seconds during ticketing hours. That means if a driver is only two minutes late, there is a good chance he/she will have a ticket waiting for him/her by the time they make it back to their car.