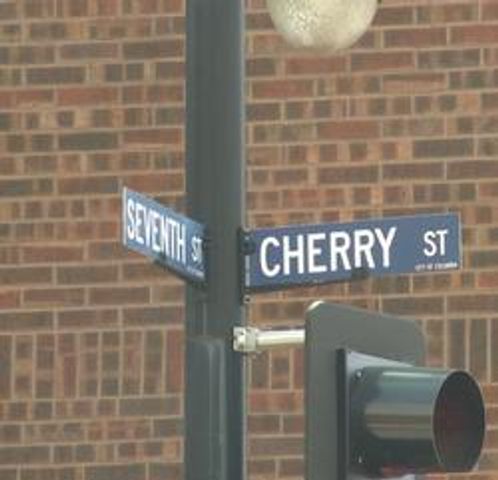 COLUMBIA - The city council is taking more steps towards making Columbia's sidewalks and crosswalks more compliant with the Americans with Disabilities Act (ADA).

An advocate of the blind, who is herself visually impaired, says she's looking forward to the acquisition of audible pedestrian signals, which make noise when it is clear for pedestrians to cross.

"They allow visually impaired people to know when to cross the street," Gretchen Maune said, "so we're not standing there forever, not getting where we need to go, or not worried we're going to get hit by a car, which is nice."

Maune, who is president of a local affiliate of the American Council of the Blind, says Columbia is behind other Missouri cities. St. Louis, Kansas City and Springfield have them in place.

"Columbia has never had an audible pedestrian signal," Maune said.

She went to Columbia City Hall this summer to demand the signals.

In July, the Columbia Disabilities Commission decided to spend approximately $40,000 to install the audible crosswalks at four intersections: Old 63 and Broadway; Broadway and Providence; Providence and Business Loop 70; and Stewart and Providence.

Maune said she also thinks it's important for Columbia to add a designated pedestrian period which would give people time to cross the street by making drivers wait to take a right turn on red.

Maune and ADA Specialist Troy Balthazor said they think bricks in the crosswalks have also become a problem and should be fixed.

The shifting of bricks and erosion make it more difficult to cross the street, especially for those with a disability.

Balthazor said the "breakdown of bricks" along 8th street and Cherry street cost $650,000 to fix.

"Question is, where else is that going to happen downtown, how much is it going to continue to cost us to use bricks?" Balthazor said.

Downtown isn't the only part of Columbia where residents can expect changes. Clark Lane in the Third Ward may soon have sidewalks.

Third Ward City Council Member Karl Skala said he has been trying to get sidewalks on the two-lane street for several years.

"There are even occasionally wheelchair folks and other people and bicycles and so on, and at night it's very dangerous, so it's becoming a real public safety issue," Skala said.

"In the 2015 Fiscal Year, there are some federal funds available," he said.