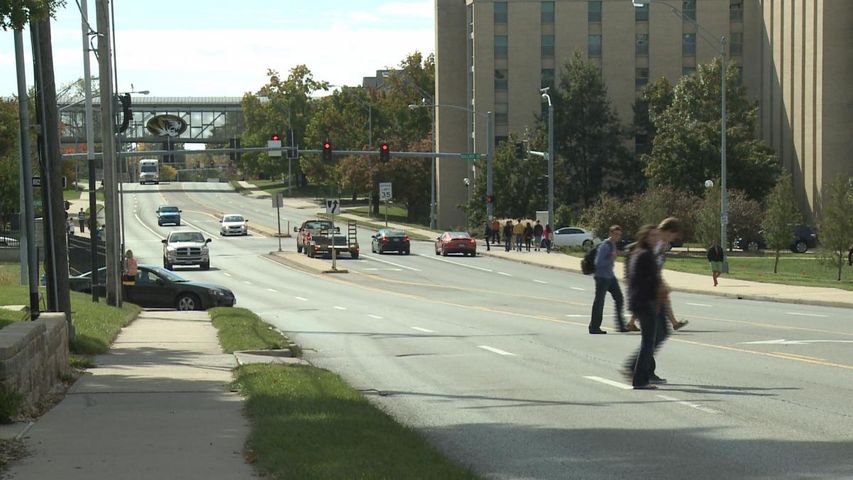 COLUMBIA - The Columbia Public Works Department will hold a second meeting for the College Avenue Safety Enhancement (CASE) Project Tuesday afternoon. The meeting follows a November 2013 meeting to gain public input in the development of alternatives during the beginning design phase for College Ave.

Topics covered during the meeting Tuesday will include feedback and comments generated over the past few months about the CASE Project.

8 designs, A-H, will be presented at the meeting. These plans include raised medians with a fence, crosswalks and a traffic light.

Construction on the CASE project is expected to begin Summer 2015.

More recently, 7,500 pedestrians were recorded crossing College Avenue over a two day period. 2,500 students used the signals and 5,000 did not.

Pedestrians often stand in the center-turn lane and wait for traffic to clear in order to complete the crossing of the street.

The open house meeting will be held in the Mezzanine Conference Room of City Hall from 4-7 p.m. Tuesday.