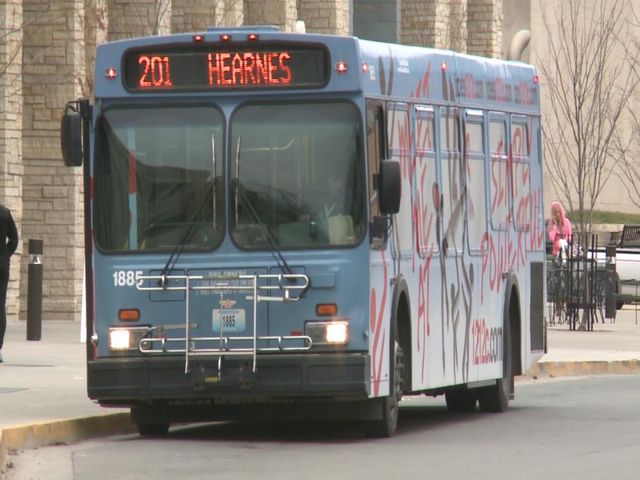 COLUMBIA -Mizzou officials hired a consultant this week, to explore options for student bus services. It's in response to the City of Columbia looking to cut its transit budget by approximately $1 million by the end of this fiscal year. That could leave students without a way to get to and from school.

Some options the city is discussing include eliminating evening service, reducing service during peak hours, and eliminating the Black and Gold Routes which run to housing complexes in south Columbia. The Black and Gold routes are the busiest routes, providing transportation for more than 800,000 people. The routes shut down every summer but may not be renewed in the Fall.

Some students say the lack of certainty regarding the bus schedule next year has forced them to look for housing closer to campus. MU Student Sky Chadde doesn't have a car so he relies on the bus system to travel from his apartment at Campus Lodge. "There's just so much inconsistency with what we've been told. It's hard to know if we'll actually have a bus or not," Chadde said. "I don't know if I'll be able to get to campus so [I'm] moving to Cross Creek where they actually have a bus."