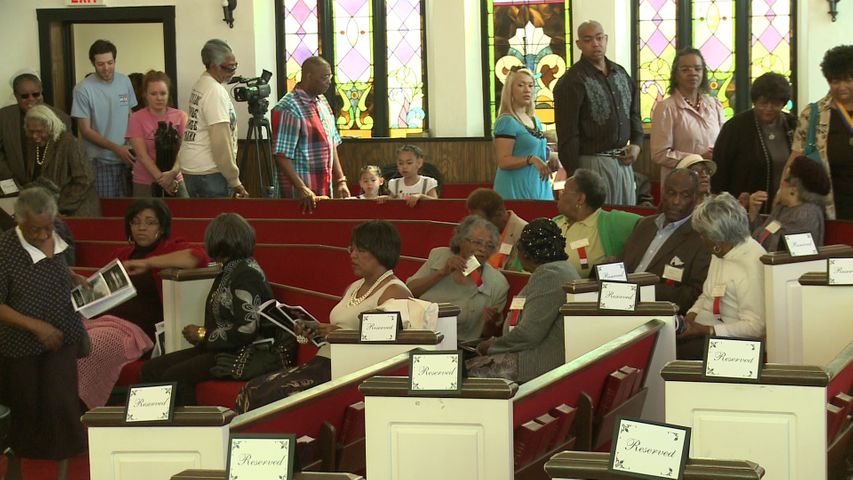 COLUMBIA, Mo. (AP) -- An overflow crowd was gathering in Columbia at a historic black church to honor a University of Missouri janitor killed in the college town's last lynching in 1923. Civic leaders have spent the past year organizing the tribute to James T. Scott. He was dragged from his jail cell to a public lynching before he could stand trial on charges of raping a white university professor's 14-year-old daughter.

Scott maintained his innocence to the end and said a cellmate confessed to the attack. Several hundred people filled Second Missionary Baptist Church in downtown Columbia for the Scott tribute. A procession to the city's cemetery was to follow. Event organizers quickly raised $50,000 for a headstone to mark Scott's grave that will explain his historical importance.