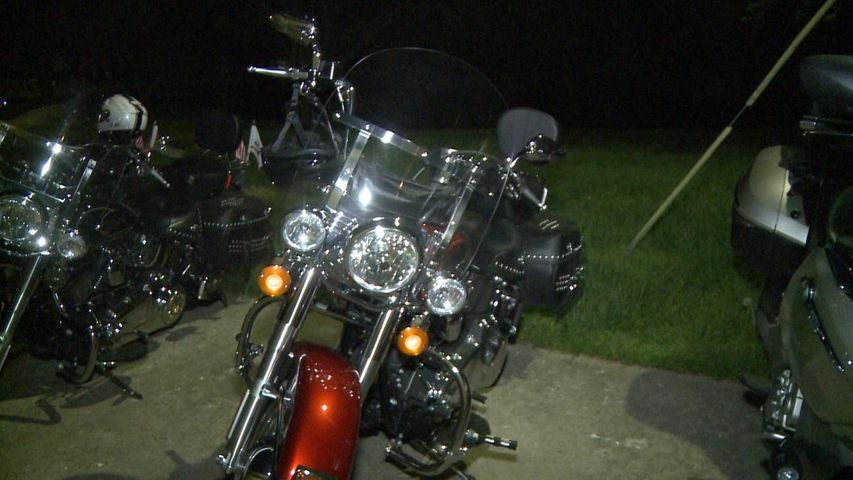 COLUMBIA - The Columbia Legion Riders joined forces with hundreds of motorcyclists from Missouri Tuesday to escort buses full of veterans returning from an Honor Flight to Washington D.C.

The motorcyclists gathered in Kingdom City to wait for the buses to pass on their way from the St. Louis airport to Columbia. As the buses came through Kingdom City on I-70, hundreds of bikes drove past and waved to lead the buses. Columbia chapter leader Ryan Kendall said the veterans on the buses really appreciate the escort.

"They're faces are plastered against the windows," Kendall said. "They're counting the bikes as we go by, and that becomes one of their talking points when they get home about how many bikes they had in the escort."

Bikers come to the event from as far away as Independence and St. Joseph. Police blocked off I-70 while the motorcycles and buses passed.

The buses stopped at the Courtyard Marriott hotel on Grindstone Parkway. A bagpipe band and crowd of excited greeters waited at the hotel to welcome the veterans. A presenter announced the name of each veteran as he stepped off the bus. Despite being past 1 a.m., the crowd cheered enthusiastically for each veteran.

Kendall said seeing the faces of the veterans as they stepped off the bus made the late night worth it.

"We take care of our own," Kendall said. "It rings true throughout the veteran community."