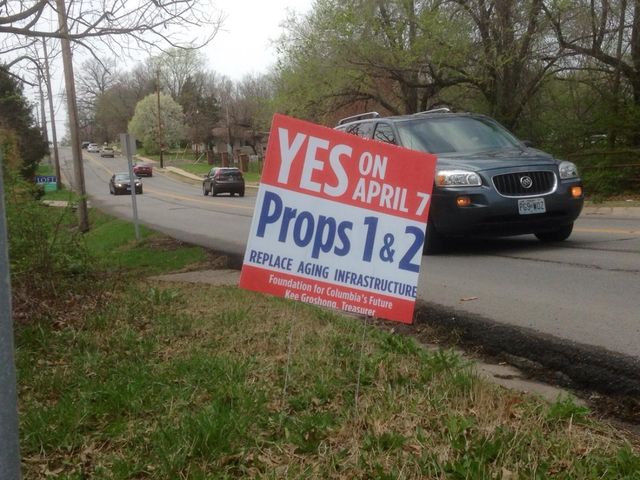 Proposition 1 won with 68 percent of the vote. Proposition 1 passing will allow a six percent utility rate increase gradually over the next several years. The increase will pay for the $63.1 million bond for upgrades and a new electric substation.

A group opposing proposition one and two called Boone County for Liberty held a watch party at the Heidelberg while the city tallied the votes.

Despite the outcome of the vote, group spokesperson Steve Spellman said this election can create a conversation about funding infrastructure improvements.

"Voters deserve a counterpoint on everything," Spellman said. "There's always another side of the story, and we're helping to provide that."

The group said that it will still be a voice in the community despite both propositions passing.