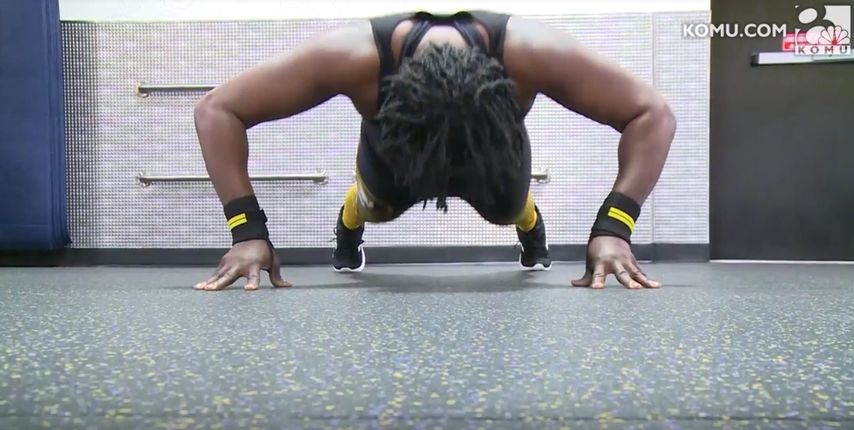 COLUMBIA - For most people who lift weights, it's a causal workout a few times a week

For 50-year old Lisa Wilson, it is a lifestyle.

"I can't put them down," Wilson said. "I have become addicted to weightlifting."

It all started 21 years ago when someone told her to try lifting.

"I picked up the weights and I never looked back," she said.

Wilson works out five or six times a week, usually spending more than an hour each time at the gym.

Much of the rest of the week is spend working at Walmart, where she is an assistant manager. The company has an app - the ZP challenge, which measures four categories: Fit, Food, Family and Money.

The employee must enter in how much they've worked out, how much time they have spent with their family, what they have eaten and how much money they have saved over the course of 21 days.

Wilson has been doing this since it started and won ZP's 5K Challenge for the Fall/Winter 2017.

"When they called and told me that I was one of the winners, it felt like they believed in me and really took notice," she said.

For Wilson, working out has been a lifestyle change for her. She watches what belief but doesn't describe it as a diet.

She has done fitness shows in Missouri, dead lifting 320 pounds and bench pressing 165 pounds. When she tries to lift a weight she has never lifted before, she said she does not think about it, but just goes and does it.

Wilson said she is motivated by her grandsons to workout. She is also inspired by the motto she lives by.

"You only get one chance on this big, beautiful place we call Earth," she said. "What you do with it, and how you live in it, shows your true character. It shows who we are."