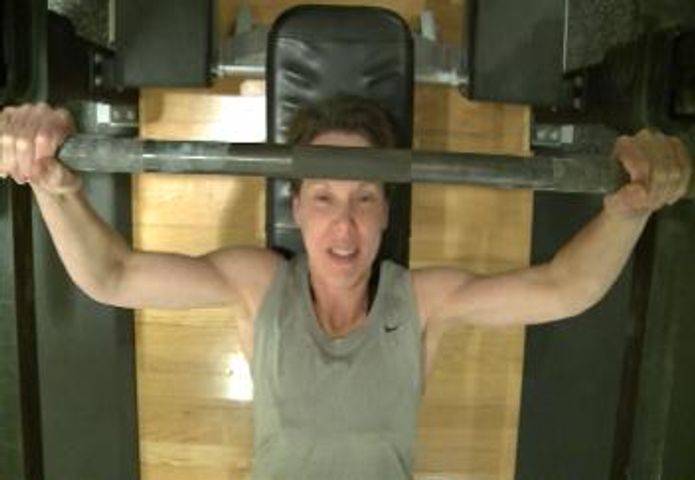 COLUMBIA- It's just like any other weekend for Pat Okker. She does her long run, but this time a little bit shorter.

That's because two weeks ago, at age 53, she ran her first marathon, and qualified to run the Boston marathon next year.

She holds four American records in powerlifting and is going to attend the World Championship in Antwerp, Belgium this year.

Okker started doing both sports when she joined the club older women on weights.

"She started lifting heavy, working really hard, lost 40 pounds and kind of started running at that same period of time," said Okker's fellow duathlete, Shelly Frazier. "This is a year ago. One year."

But none of Okker's records, achievements, or medals may be possible without Shelly Frazier as her mentor.

"I know there were times in which she would do things that were better for my training schedule than hers because she really wanted to help me succeed," Okker said.

"I was recovering from an ankle surgery i just had," Frazier said. "I had slowed down a bit and Pat had started to speed up and at some point, our paces overlapped and we started running together. I said, 'Pat, you really need to run the New Orleans marathon and qualify for Boston.... I knew she could do it."

"She really inspired me to do it," Okker said. "I'm convinced I wouldn't have had the idea of running a marathon without Shelly."

Although Okker has almost a decade on her, Frazier is a veteran.

She's completed the Boston marathon and is going to run Boston this year, but this time for the roses.

"My knees are finally at a place where it's more painful than it is fun," Frazier said. "It's pretty painful to run now."

As Frazier takes a step back from competitive running, it gives Okker a chance to step forward into the spotlight.

But Frazier will still be around if her friend ever needs a lift.