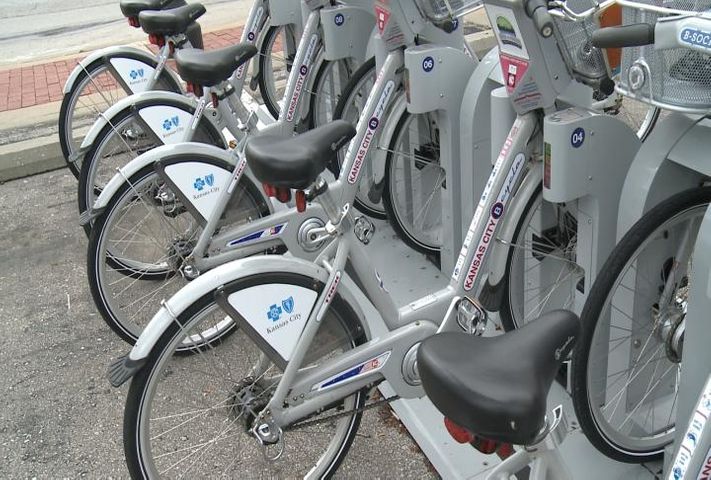 COLUMBIA - Columbia is currently working on finding funds bicycles and stations for a bike share program.

"There is a history in Columbia of doing a bike share program," he said. "It has failed in the past because the bicycles were donations so they required a lot of maintenance and we just did not have an efficient system back then."

Each station, with bikes, would cost roughly $25,000 to $35,000, depending on the size of the station, configuration and whether the bikes are solar-power or electrical power.

Kansas City resident Leah Stephens said she supports the program, but has not seen many shared bikes in use.

"I think it is an efficient system and I think it is a reminder that there are other alternatives to getting around," Stephens said. "I usually park out of downtown and walk to my car, but it's putting in the idea that I can take the bike around instead."

"There's certainly environmental aspects as far as emissions reductions and getting more cars off the road," he said. "It costs a lot less to use a bike as opposed to a car, it can help with congestion and there's exercise aspects."

"We can figure out what our emission savings are," he said. "Folks who have used B-Cycle instead of driving prevented about 20,000 pounds of C02 going into the atmosphere."

Rogers said, since July of last year, the program has helped Kansas City reduced not only greenhouse gas emissions but also pollutants that can cause problems with air quality and asthma.

Rehard said once Columbia receives funding for its own bike share program, residents may see bicycle stations in downtown in the next few years.