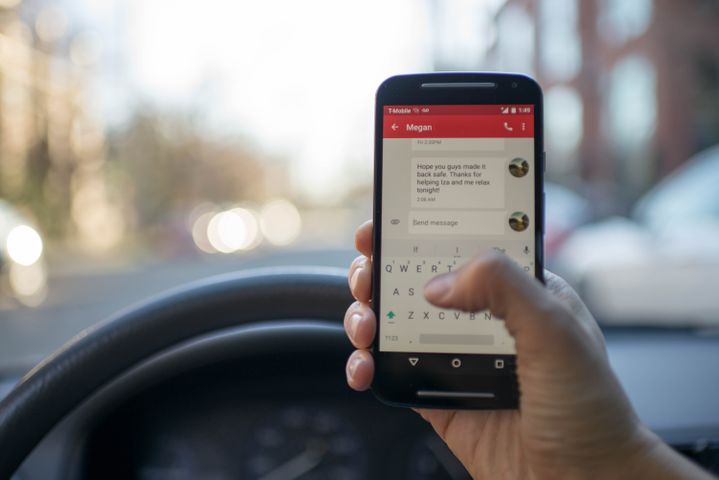 COLUMBIA - People in Columbia are split over the city's new distracted driving ban, with some asking what constitutes a violation.

“Where do you draw the line when you’re too distracted?” Carolyn Goyda asked. “I think that’s where it gets a bit hazy.”

The Columbia City Council voted unanimously Monday to define the city ordinance as anything that take’s the driver’s attention away from the road, which includes the use of cell phones.

Hundreds of people commented on KOMU 8's Facebook page. Many wonder how strict the ban will be - and whether it will include things like eating in the car to putting on make-up.

Similar conversations were going on elsewhere on social media. On the Columbia Mommy’s Group, Mandi Stukenberg Godec said, “Driving while distracted is way too broad. My children are my number one distraction and I can’t leave them at home. Narrow the ordinance to the phone and it will be much better.”

Other people on KOMU's Facebook page wondered about enforcement. Joseph Vradenburg said, “It will be impossible to eliminate all traffic-related deaths, so municipal government shouldn’t turn its residents into criminals trying."

Goyda told KOMU 8 News it's bad to rely on how subjective it is to the police officer.

"It's putting an awful lot of pressure on him to guess what you’re doing and what you’re thinking, and I think that becomes a problem,” she said.

The ban stems from the city's Vision Zero project, which aims to achieve zero vehicle deaths by 2030.

KOMU 8 News contacted the Columbia Police Department for its thoughts on the ban, but  Deputy Chief John Gordon was not available this afternoon for an interview. Nor was Vision Zero spokesperson, Heather Cole. The Office of Mayor Brian Treece said he was not in his office.

Below is the language from the ordinance.

(a) Every person operating or driving a motor vehicle shall drive and operate the same in a careful and prudent manner and shall exercise at all times the highest degree of care in the operation of the same.

(b) It shall be prima facie evidence that a vehicle operator is not exercising the highest degree of care if the operator of a moving vehicle engages in any conduct that causes such operator’s vision or attention to be obscured, diminished or directed elsewhere than the path of travel or attention of the vehicle, including, but not limited to, the following: