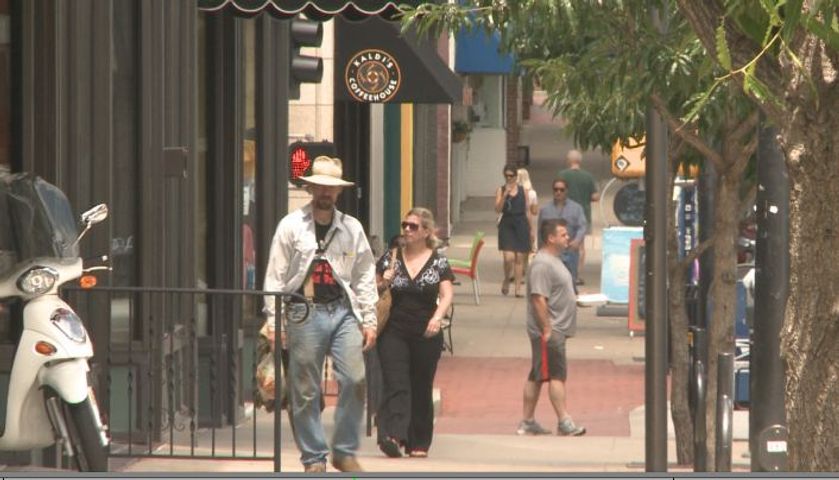 COLUMBIA - Mayor Bob McDavid's proposal for a property tax hike is sparking a debate among Columbians over just how they want to pay for improvements in public safety.

McDavid said he wanted to add 35 more police officers at an estimated cost of $3.5 million. At a Monday news conference, he said Columbia voters would have a chance to approve his proposal of a 20 cent property tax increase.

Some viewers told KOMU 8 News they would prefer a sales tax increase instead.

McDavid said a sales tax could be too volatile and result in a lack of necessary funds to hire and train officers.

Columbia resident Rhett Hartman said he went to the city council meeting Monday, where the proposal was discussed.

"Most of them were okay with a property tax," he said, "even though they knew it would probably affect low-income people more as a percentage of their spending
money."

"For future planning it's definitely better to have a known amount," he said.

Columbia resident Shalonda Farrow said it would be unfair not to put some of the tax burden on the out-of-town visitors that would also benefit from the protection.

"I feel like a lot of people aren't buying property as much as people that come in and buy goods, so I feel the tax they could gain from that would come out and be more," Farrow said.

Emelia Rufer is visiting Columbia from Wisconsin and she says. as a tourist, it makes more sense for the city to tax homeowners rather than those from out of town.

"It attracts tourism and that's better for the community anyways," Rufer said. "In my own city, I would also agree with that. I would want to take ownership of the safety of my city so that I could say with confidence I have a safe city."

The president of the Columbia Chamber of Commerce said the chamber learned of the mayor's proposal at the same time as the rest of the city. Matt McCormick said rumors of a tax proposal to fund more police jobs has been a topic in the chamber's Emerging Issues Committee.

"Whenever you start talking about taxes you have to look at the effects on all of the different facets," McCormick said. "At the end of the day, what we make sure we want to keep doing, is promoting public safety."

McCormick said the Emerging Issues Committee has a meeting scheduled for Friday, where it will lay out a plan to open talks with its approximately 1200 members to weigh opinions on the issue.

"You're going to get different positions from all businesses," McCormick said. "With the main interest making sure that people feel and know this is a safe place to do business and for people to shop in the stores."

McDavid said he hopes to put his property tax proposal in front of Columbians as early as this November.