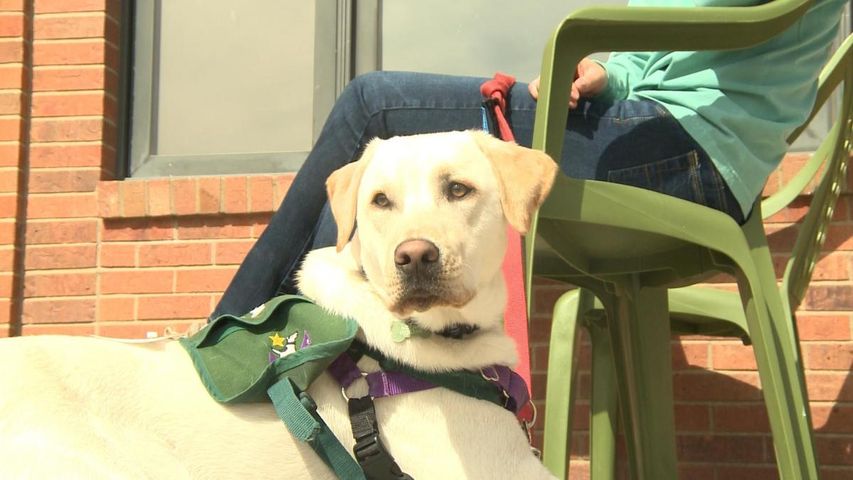 Puppies with Purpose is a nonprofit organization, based out of Columbia, where volunteers raise puppies to become service dogs.

"They get their official training in the Women's Correctional Facility in Vandalia" Joy Heady, a puppy raiser, said. "And our job is mainly raising and socializing the dogs."

The dogs raised through Puppies with Purpose and CHAMP do not serve anyone with seeing or hearing disabilities, instead these dogs are trained to assist individuals with cognitive or physical disabilities.

Although the event is sold out, Heady said there are a few other ways to get involved:

Although the puppies are the main event, and will be at the entrance to meet and greet the crowd, Josh Sneed will be the headlining comedian. He is making a stop in Columbia for the event as part of his nationwide tour.
Heady says has been looking forward to this event since last year.
"This is our second year," Heady said. "Last year, it was during Thanksgiving break I believe, so it kind stunk a little bit, but they promised they would give us a better weekend this year."

All the money raised from the silent auction, the dinner and the comedy show on Saturday night will go toward the puppies, including funding for food, training, toys, bedding and more.