Commercial Construction on the Rise in Columbia 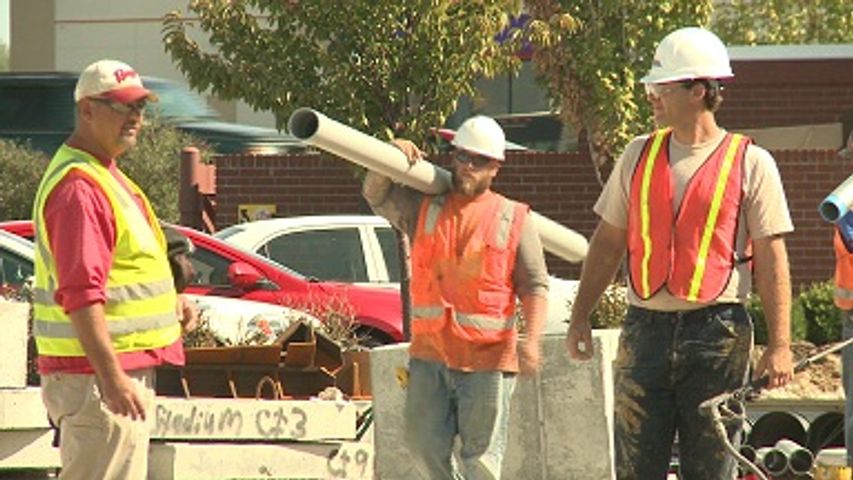 Commercial construction permits include new commercial buildings as well as buildings that have added more property and have been altered.

"There is a rebirth of commercial construction trends that had decreased after the economy went sour back in early 2008," said city development service manager Pat Zenner.

Driving around Columbia, one can find more than 100 subcontracting companies and suppliers working on projects. Hercon Construction has more than half a dozen in orange vests and hard hats hammering away at cement and metal to create three new shopping centers. The properties are at the Broadway Marketplace and Broadway and Conley Road and at the Shoppes at Stadium at Stadium Boulevard and Worley Street.

Both Zenner and Hercon president Jeff Herigon said it is not surprising that commercial property construction has been on the rise. Not only are there new buildings already being built from the ground up, but contractors are still filling out many applications for building renovations and alterations for new business that are coming in.

"We believe that is all stemmed from the fact that we have grown as a community," said Zenner.

"The market has grown over the past two years," said Herigon.

Columbia saw a 28 percent population increase between 2000 and 2010. Zenner said the city estimates the population at 110 to 112 thousand now.

There has been a lag in commercial property in the past years because the population increase has demanded more residential building.

Zenner also credits the growth in commercial property to the improving economy nationally.

"The national improvement in the economy obviously has folks being more eager to build and they are more comfortable to build because money is flowing a little easier," said Zenner.

Areas for much of the current construction had already been zoned--in some cases years ago--to allow for commercial sites. Now that Columbia's economy has reached a level where it can grow, builders are taking advantage and resuming their original plans.

Builders said the city can expect to see a lot of retail development once construction is finished. Zenner said this construction is feeding off the fact that their are other retail shops in the same space which allows for capitalism and competition.

"Really, there is this retail bubble and gap that wasn't being filled as we were growing in population," said Zenner. "That lag that we typically see in the planning profession is being filed at this point."