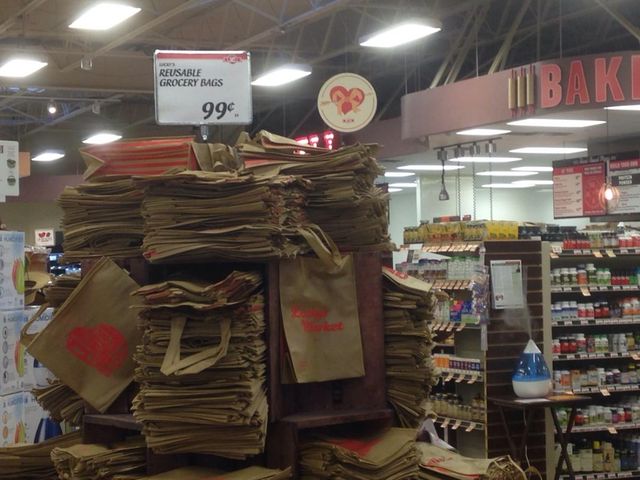 COLUMBIA - Tuesday Columbia's Environment and Energy Commission held a forum on its report for proposed plastic bag restrictions. KOMU 8 talked to customers and retailers for their take on possible changes coming to Columbia.

The commission is proposing to eliminate plastic bags. There would also be a ten cent charge on paper bags, and people would be encouraged to bring their own bags for no charge.

"I hate having like those just those paper bags laying around my house," said University of Missouri student Emma Reynolds.

The chair of the Environment and Energy Commission, Lawrence Lile, talked about the retailers' reaction to the change.

A manager at Lucky's Market Kalvin Vinson has worked in the grocery industry for the past thirty years. Lucky's does not use plastic bags, and Vinson didn't have a strong opinion about a potential city-wide ban.

On February 16, the Columbia City Council will have its first hearing on the plastic bag proposal.