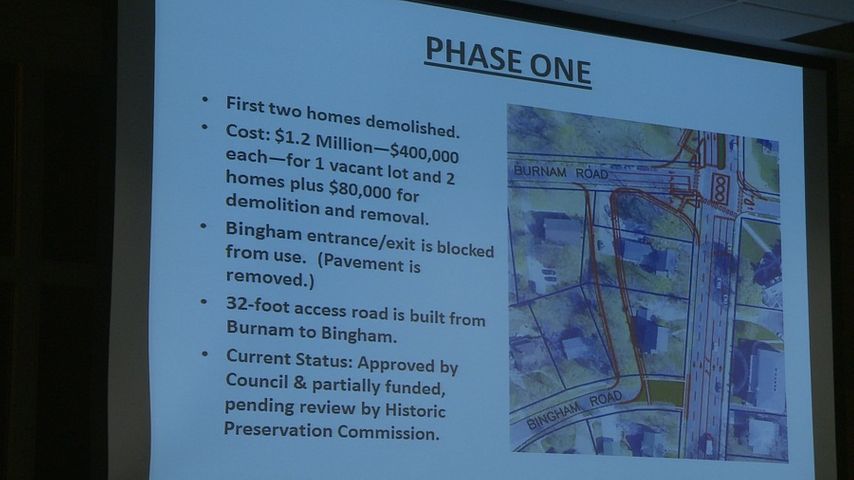 COLUMBIA - Instead of demolishing homes along Providence Road, the Columbia Historic Preservation Commission is providing the city of Columbia with alternative plans.

These plans would allow traffic reduction while allowing residents to keep their homes. The only thing they would have to give up is their front lawns.

The compromise would allow space to create an extra lane for turning while keeping the iconic homes, which date back to 1920, around a little longer.

More than 100 residents showed up at a meeting Thursday night to hear the plan. The line to get in was so long that the meeting had to start almost ten minutes late to allow everyone in.

The opening speaker expressed concerns about a lack of transparency and open discussion among affected parties.

One renter said she found out that her house would be demolished while watching the evening news. Alexis Marcus said, "It's really sad. This is a great house it has a lot of character."

However, the new plans that were proposed could allow her to keep her home and even allow her to pass it down to her sister, who is a junior in high school.

The city council has already approved the first phase of work on the project. This would allow the redesign and creation of additional options. Phase one would only demolish two of the eight homes along Providence.  There is currently no public hearing set up for phase two.

The Historic Preservation Commission will prepare a formal proposal for the city council using public input and present it to that board this month.