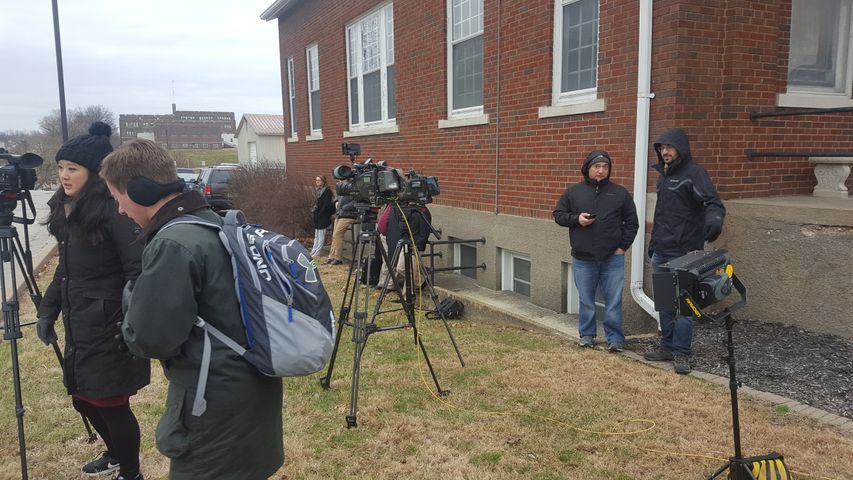 The committee held the meeting at Jefferson City Police Department headquarters. The representatives on the board did not say why the meeting was held there instead of the capitol.

This committee is investigating whether or not Greitens is fit for office after being accused of blackmailing a woman he had an affair with in 2015.

It's made of seven members: five Republicans and two Democrats. The chair of the committee is Rep. Jay Barnes, R-Jefferson City.

Police covered the entrance to the meeting room with black tarp so no one could see into the building. Police also kept watch over the door from the inside of the building and the outside.

Since it was a closed-door meeting, reporters weren't allowed inside, and officers told reporters to move back if they got on the sidewalk that led up to the door.

Immediately after the meeting, the members left the building, refusing to answer any questions. Reporters asked Barnes who the committee talked to and if it was done for the day. He answered neither question, but did say one thing before he left:

The committee has less than 40 days now to submit a report to the state House of Representatives recommending a course of action.