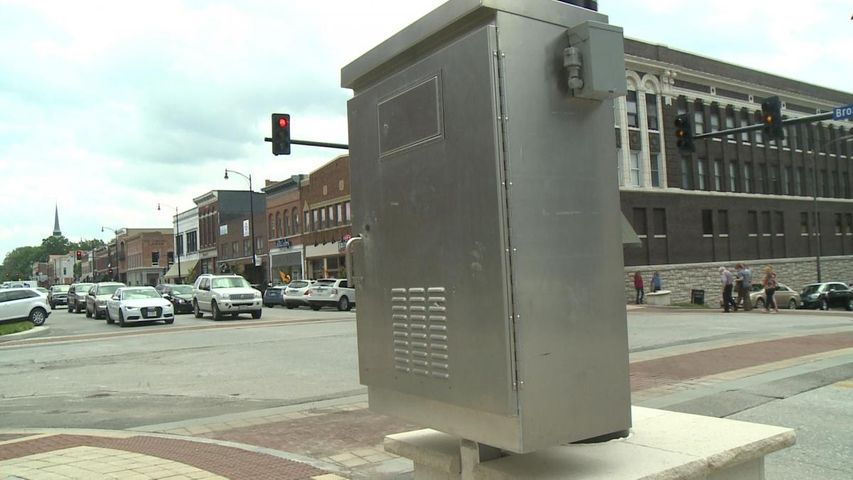 Walk or drive down Broadway Boulevard and you'll see brightly colored traffic boxes on either side of the street. The painted traffic boxes are part of the "Traffic Box Art" program. The program covers up graffiti downtown by painting traffic boxes. One mid-Missouri artist each year is selected to design and paint a traffic box.

This year's artist is Ben Chlapek. His design was rejected because it includes too much blank space for graffiti. Some committee members also said they wanted the city scape design to look more like Columbia. Office of Cultural Affairs manager Chris Stevens said the committee doesn't want to be too involved in the artist's design.

Stevens also said there was a big difference between the artist's original proposal and final proposal.

"The big difference in designs is what the committee saw. This isn't what we had in mind when we saw the original proposal. We'll give him our notes and hopefully he'll tweak it enough that it becomes more of what they had in mind from the beginning," Stevens said.

The Commission on Cultural Affairs and City Council must also approve the design before it can be painted.

Columbia resident Vlad Likholetov said he is excited for the new box to be painted.

"Personally, I like the art. I think it looks livelier and more colorful in the downtown area. I think it's appropriate," Likholetov  said.

But not everyone is as excited about the new artwork downtown. One Columbia resident who asked not to be named is against removing the graffiti and replacing it with art.

"I think graffiti is still a form of art," he said.

The box should be completed by October.