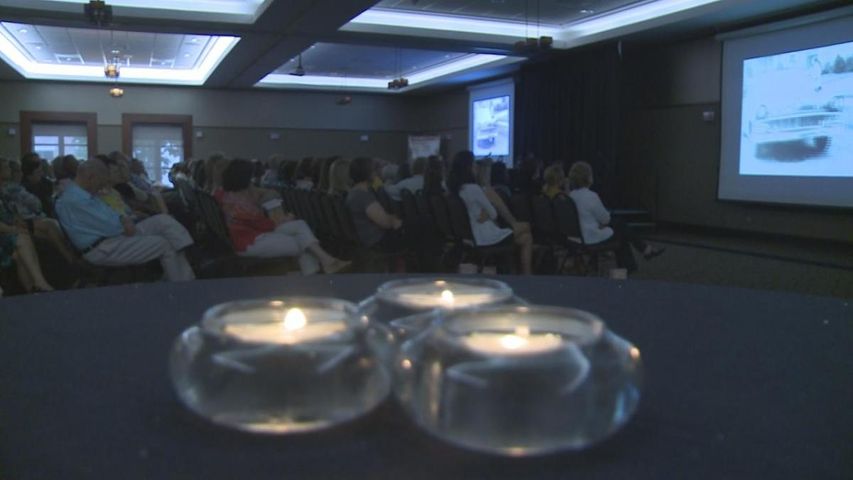 COLUMBIA - Hundreds gathered Thursday night on the MU campus with one person on their mind and in their hearts- Dr. Eliot Battle. Family, friends and acquaintances viewed the documentary "Battle: Change from Within."

Battle's daughter, Muriel Jean Battle Browder, opened the night with words of thanks and remembrance of her father.

"There is nothing that my father was more proud of than "Battle: Change from Within," Muriel said. "Since the premiere of this fabulous documentary and when dad received his own copy, he watched it weekly. In the last month of his life, he watched it daily. It is still in his DVD player, and I cannot remove it."

Executive Producer and Director Julie Middleton said tonight means so much to everyone involved because Eliot was supposed to be there speaking on the panel afterwards.

"It just pulls at our heart strings that he's not able to be with us so it's really an important night, but it's also a time to celebrate him and all that he did for this community," Middleton said.

Middleton hopes the film will help inspire others to get involved just like Dr. Battle.

"He was such a courageous leader," Middleton said. "I hope that everybody will learn that they can make a difference in the community."

The documentary took two and a half years to complete, and it highlights Battle's accomplishment along with his journey to advance desegregation. The event was bitter-sweet to some since the original plan was to share the night with Dr. Battle himself. The audience took a moment of silence prior to the screening to show respect and remembrance for such a prominent member of the community.

"If he were here tonight he would say 'You guys did a super job,'" Middleton said. "That was his word. Whenever you asked him how he felt, he always said 'super.'"