Community celebrates park that "popped" up in Columbia 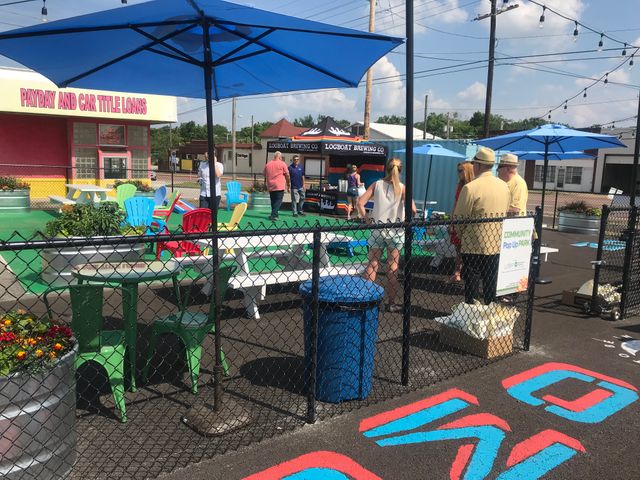 COLUMBIA - An empty lot was transformed Friday into a place for relaxation or recreational activities. The Community Pop Up Park is now a colorful bright spot in the landscape at 807 Business Loop 70 E.

About a hundred community members celebrated the park's grand opening with a ribbon cutting Friday, two months after construction was completed.

"We have a shipping container that opens up into a stage. So, we can book small bands. We have picnic tables. We have table games, like a large oversized Jenga, oversized domino, the bean bag toss. Lots of different things that are available for use," Euliss said.

Euliss said Boone Electric Cooperative owns the lot where the park is located, and it previously wasn't used for much. It's been open in its new form since April 29.

"The construction started that day and ended that day. The whole concept of a pop-up park is that it pops up," Euliss said.

"I think maximizing the space that we have here is a good thing and can help bring the community together," she said.

The Loop CID Board and For Columbia played a role in making it possible.

The park holds 150 people and community members are able to reserve the space for events.